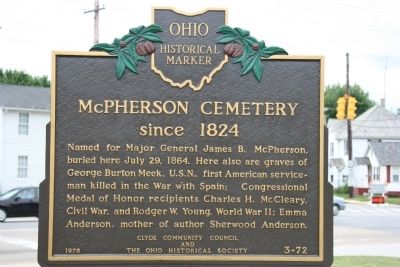 Topics and series. This historical marker is listed in these topic lists: Cemeteries & Burial Sites • War, Spanish-American • War, US Civil • War, World II. In addition, it is included in the Ohio Historical Society / The Ohio History Connection series list. A significant historical month for this entry is July 1864.

Other nearby markers. At least 8 other markers are within 8 miles of 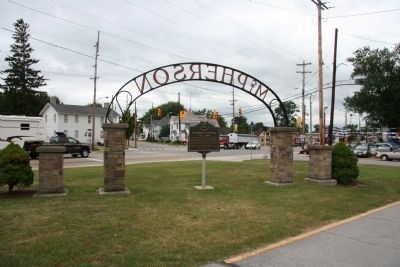 By Dale K. Benington, June 29, 2009
2. McPherson Cemetery Marker
View of historic marker situated at was the original entrance gate of the cemetery. 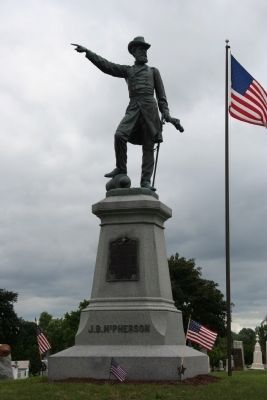 By Dale K. Benington, June 29, 2009
3. McPherson Cemetery Marker
View of the gravesite of General James Birdseye McPherson, for whom the cemetery was named. 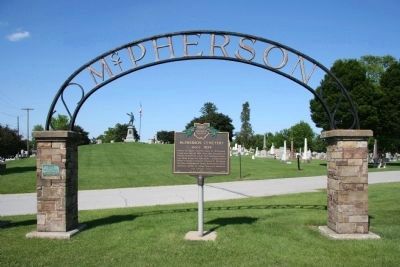 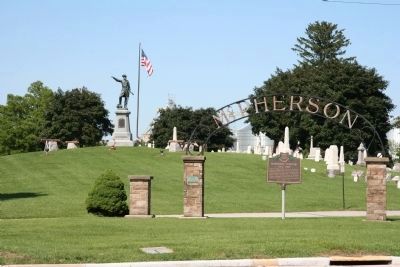 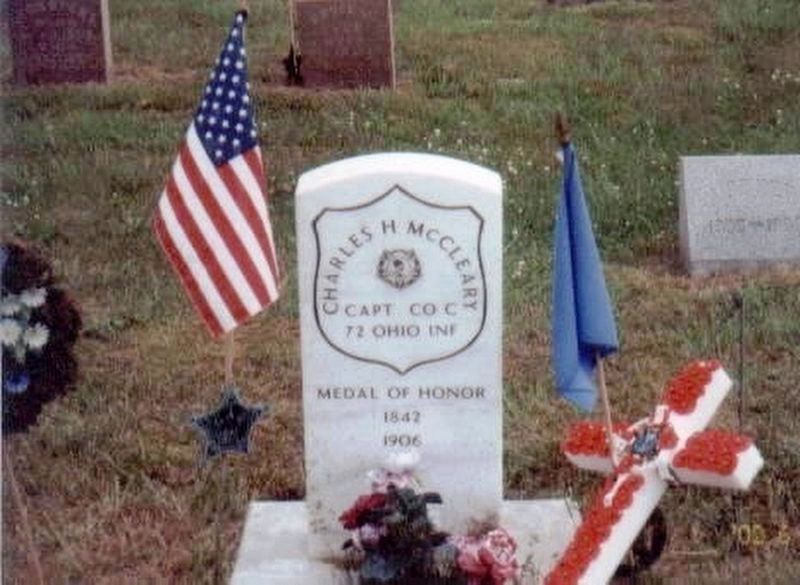 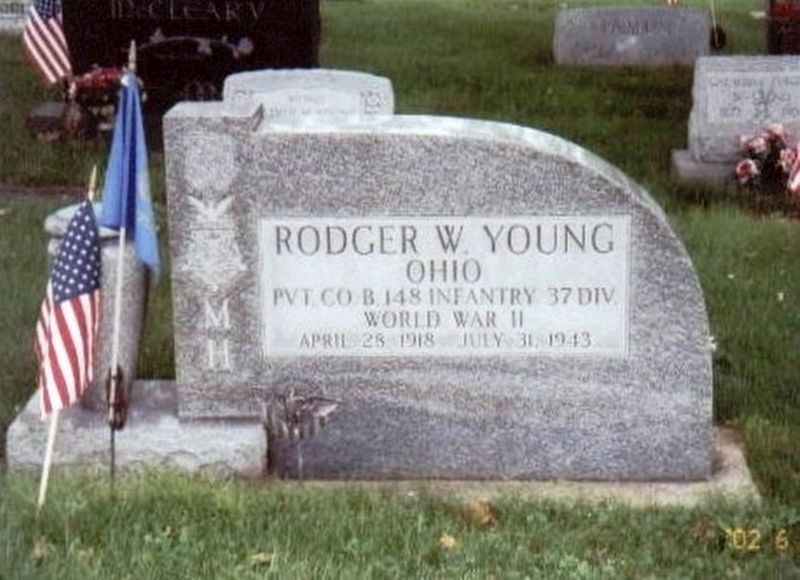 By Don Morfe, June 13, 2002
7. Roger W Young-World War II Congressional Medal of Honor Recipient
He is buried in McPherson Cemetery, Section 3N, Lot 0541. His Medal of Honor information and citation is: *YOUNG, RODGER W. (Killed in Action) • Rank and organization: Private, U.S. Army, 148th Infantry, 37th Infantry Division • Place and date: On New Georgia, Solomon Islands, 31 July 1943 • Entered service at: Clyde, Ohio • G.O. No.: 3, 6 January 1944 Citation: On 31 July 1943, the infantry company of which Pvt. Young was a member, was ordered to make a limited withdrawal from the battle line in order to adjust the battalion's position for the night. At this time, Pvt. Young's platoon was engaged with the enemy in a dense jungle where observation was very limited. The platoon suddenly was pinned down by intense fire from a Japanese machinegun concealed on higher ground only 75 yards away. The initial burst wounded Pvt. Young. As the platoon started to obey the order to withdraw, Pvt. Young called out that he could see the enemy emplacement, whereupon he started creeping toward it. Another burst from the machinegun wounded him the second time. Despite the wounds, he continued his heroic advance, attracting enemy fire and answering with rifle fire. When he was close enough to his objective, he began throwing handgrenades, and while doing so was hit again and killed. Pvt. Young's bold action in closing with this Japanese pillbox and thus diverting its fire, permitted his platoon to disengage itself, without loss, and was responsible for several enemy casualties.
Credits. This page was last revised on September 21, 2017. It was originally submitted on December 27, 2009, by Dale K. Benington of Toledo, Ohio. This page has been viewed 1,061 times since then and 4 times this year. Photos:   1, 2, 3. submitted on December 27, 2009, by Dale K. Benington of Toledo, Ohio.   4, 5. submitted on June 11, 2010, by Dale K. Benington of Toledo, Ohio.   6, 7. submitted on September 14, 2017, by Don Morfe of Baltimore, Maryland.
Share This Page.