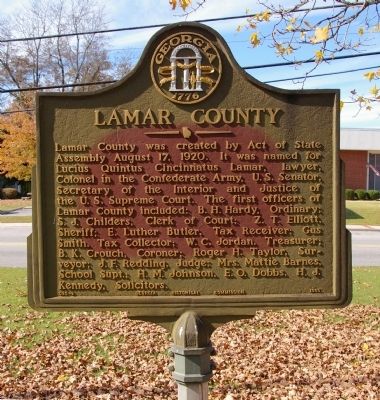 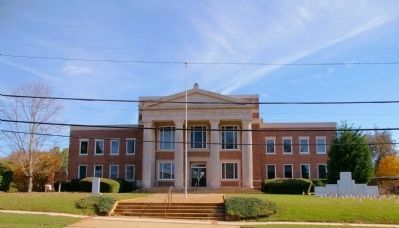 Other nearby markers. At least 8 other markers are within 3 miles of this marker, measured as the crow flies. Barnesville Blues (here, next to this marker); Confederate Hospitals (about 500 feet away, measured in a direct line); Confederate Hospital (about 800 feet away); Roosevelt’s Barnesville Speech (approx. 0.3 miles away); Gordon Military College (approx. half a mile away); A&M - G.I.C. (approx. half a mile away); Federals at Barnesville (approx. 0.9 miles away); Lamar Electric Membership Corporation Incorporating Board of Directors (approx. 3.1 miles away). Touch for a list and map of all markers in Barnesville.

Regarding Lamar County. Lamar was the second-to-last country formed in Georgia.