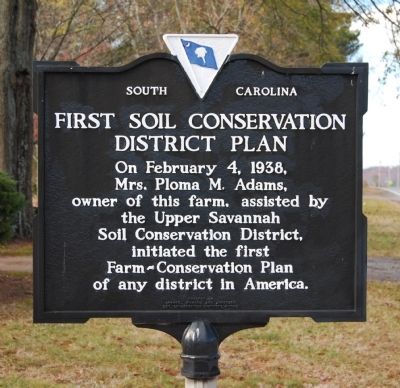 On February 4, 1938, Mrs. Ploma M. Adams, owner of this farm, assisted by the Upper Savannah Soil Conservation District, initiated the first Farm-Conservation Plan of any district in America.

Topics. This historical marker is listed in these topic lists: Agriculture • Environment. A significant historical month for this entry is February 1811. 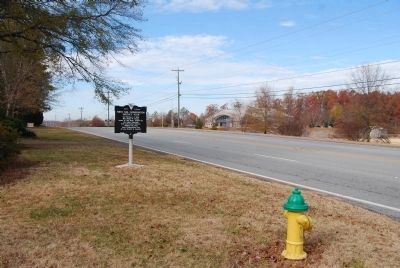 Click or scan to see
this page online
(approx. 1.4 miles away); Oconee County World War Veterans (approx. 1.7 miles away). Touch for a list and map of all markers in Seneca.