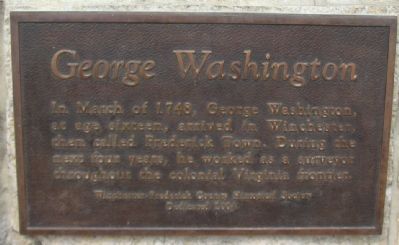 In March of 1748, George Washington, at age sixteen, arrived in Winchester, then called Frederick Town. During the next four years, he worked as a surveyor throughout the colonial Virginia frontier.

Topics and series. This historical marker is listed in these topic lists: Colonial Era • Exploration • Settlements & Settlers. In addition, it is included in the Former U.S. Presidents: #01 George Washington, and the George Washington Slept Here series lists. A significant historical month for this entry is March 1748.

Location. 39° 10.943′ N, 78° 10.053′ W. Marker is in Winchester, Virginia. Marker is at the intersection of Cork Street and Braddock Street (U.S. 11), on the right when traveling west on Cork Street. Located behind the George Washington Office Museum. Touch for map. Marker is in this post office area: Winchester VA 22601, United States of America. Touch for directions.

Other nearby markers. At least 8 other markers are within walking distance of this marker. Cannon Used by George Washington (here, next to this marker); Braddock Cannon (a few steps from this marker); Washington’s Office (a few 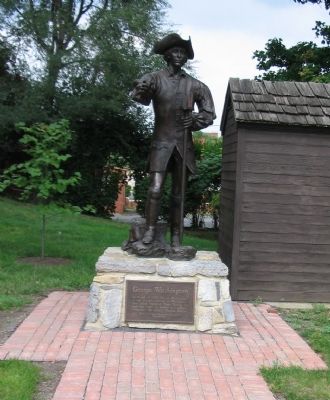 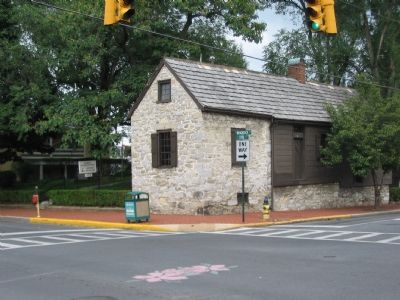