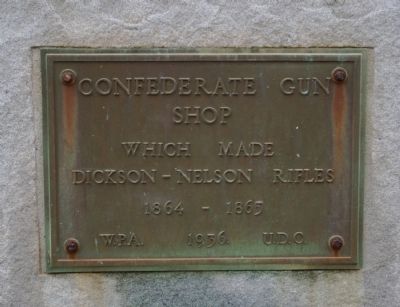 Erected 1936 by Works Progress Administration and the United Daughters of the Confederacy.

Topics and series. This historical marker is listed in this topic list: War, US Civil. In addition, it is included in the United Daughters of the Confederacy, and the Works Progress Administration (WPA) projects series lists. A significant historical year for this entry is 1864.

Other nearby markers. At least 8 other markers are within 8 miles of this marker, measured as the crow flies. To The Memory of James Mathews Griggs (a few steps from this marker); Terrell County (within shouting distance of this marker); Gen. Patrick Cleburne Camp, S.C.V. (approx. 0.2 miles away); a different 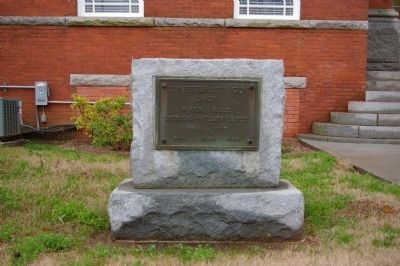 Additional commentary.
1. Dickson-Nelson Rifles
In 1861 the state of Alabama contracted the Shakanoosa Arms Company, owned by William Dickson, Owen O. Nelson and Dr. Lewis H. Sadler, to produce a modified version of the Model 1841 rifled musket (the "Mississippi" Rifle) with bayonets. Originally the firm was at Dickson, Alabama, but soon moved to Rome, Georgia. A fire destroyed the facilities there, and the company moved to Adairsville, Georgia. Finally in March 1864, the company moved to Dawson, Georgia, where it continued to produce weapons up to the end of the war. With less than 1000 received by Confederate forces, today the Dickson-Nelson rifles are rare.
— Submitted January 29, 2010, by Craig Swain of Leesburg, 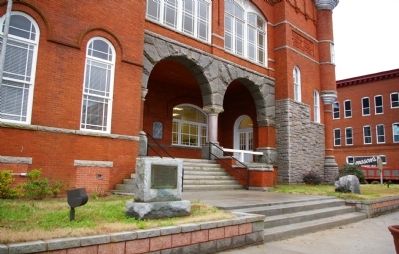 Photographed By David Seibert, January 24, 2010
3. Confederate Gun Shop Marker
The entrance to the Terrell County Courthouse is visible to the right.
Virginia. 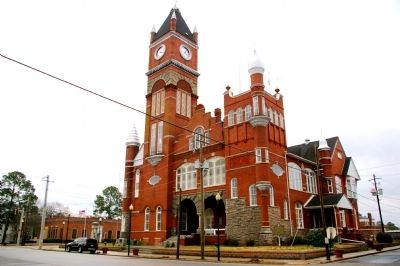