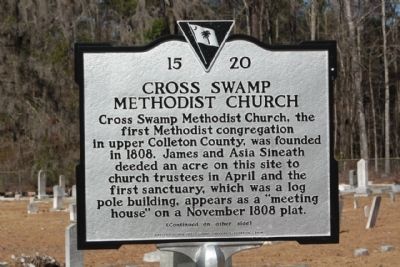 [Front]:
Cross Swamp Methodist Church, the first Methodist congregation in upper Colleton County, was founded in 1808. James and Asia Sineath deeded an acre on this site to church trustees in April and the first sanctuary, which was a log pole building, appears as a “meeting house” on a November 1808 plat.

[Reverse]:
The second sanctuary, a hewn log building, was replaced by a frame sanctuary shortly before the Civil War. That church burned in 1910; this sanctuary was built and dedicated in 1911. Cross Swamp was on the Lodge Circuit when regular services ended in 1969. The cemetery here dates from the 19th century. 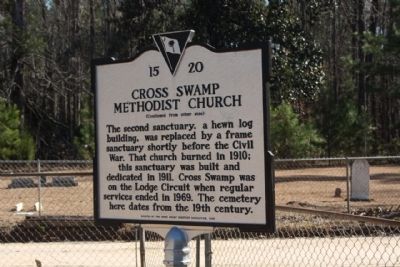 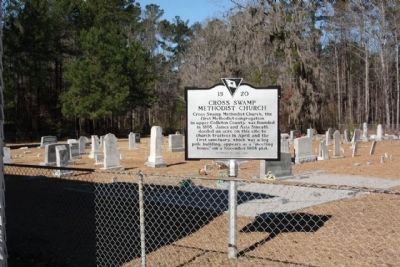 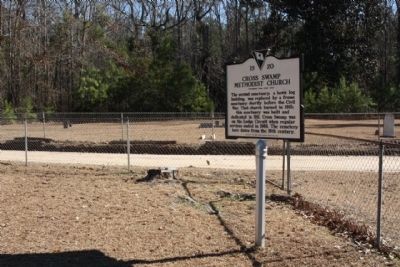 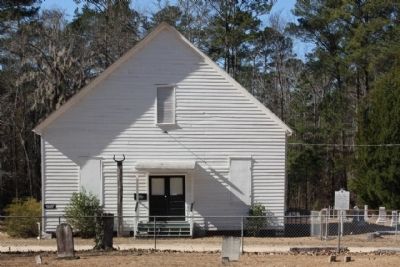 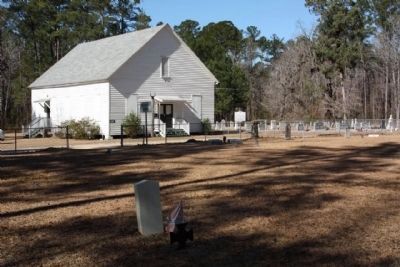 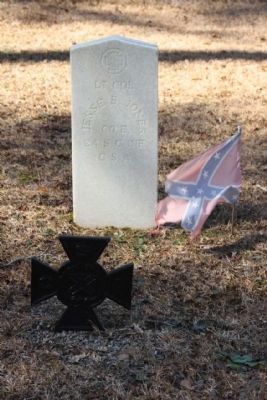