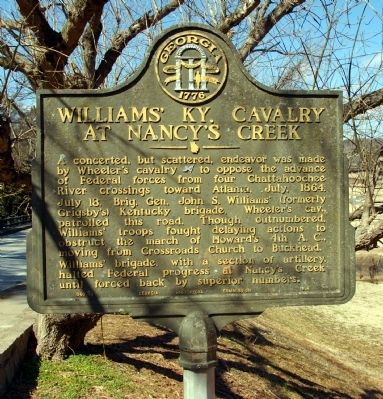 A concerted, but scattered endeavor was made by Wheeler’s cavalry [CS] to oppose the advance of Federal forces from four Chattahoochee River crossings toward Atlanta, July 1864.

Williams’ brigade, with a section of artillery, halted Federal progress at Nancy’s Creek until forced back by superior numbers. 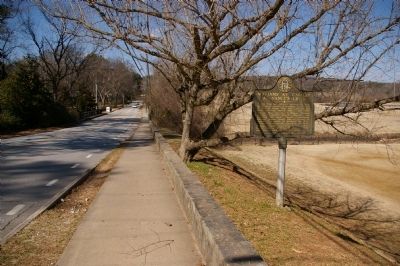 By David Seibert, February 25, 2010
2. Williams' Ky. Cavalry at Nancy's Creek Marker
Looking north on Powers Ferry Road at the Nancy Creek Bridge
north on Powers Ferry Road NW. The marker stands at the south end of the Nancy Creek Bridge, at the edge of Chastain Park. Touch for map. Marker is in this post office area: Atlanta GA 30342, United States of America. Touch for directions. 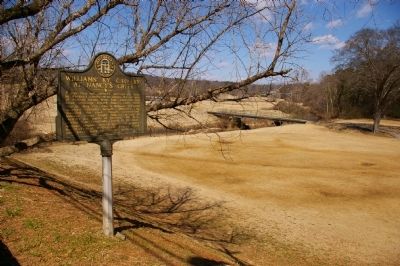 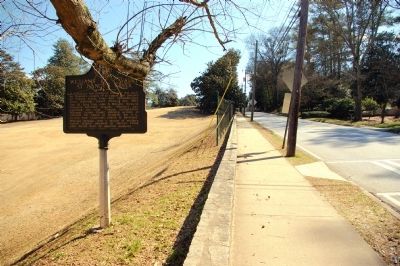 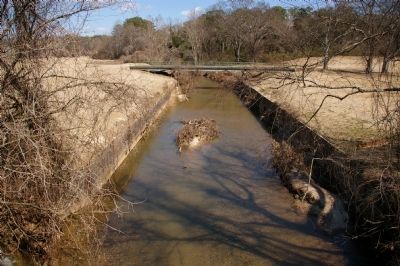