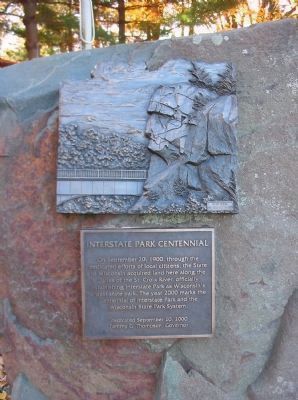 On September 20, 1900, through the dedicated efforts of local citizens, the State of Wisconsin acquired land here along the Dalles of the St. Croix River, officially establishing Interstate Park as Wisconsin's oldest state park. The year 2000 marks the Centennial of Interstate Park and the Wisconsin State Park System.

Topics. This historical marker is listed in this topic list: Notable Places. A significant historical month for this entry is September 1786.

Other nearby markers. At least 8 other markers are within 2 miles of this marker, measured as the crow flies. Interstate Park (within shouting distance of this marker); Glacial Potholes 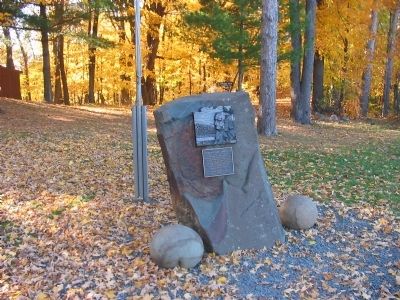