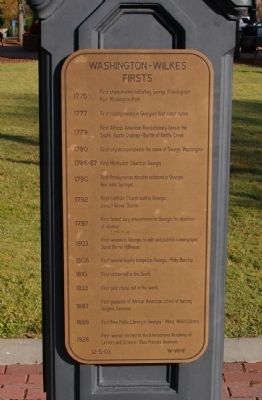 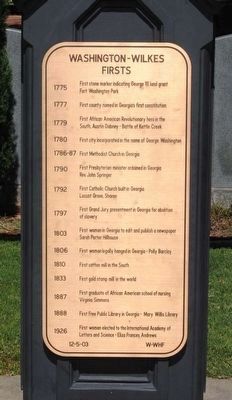 Location. 33° 44.217′ N, 82° 44.35′ W. Marker is in Washington, Georgia, in Wilkes County. Marker is at the intersection of East Robert Toombs Avenue (Business U.S. 78) and Court Square, on the right when traveling west on East Robert Toombs Avenue. The marker is attached to the clock at the south end of the open space south of the Wilkes County courthouse. Touch for map. Marker is in this post office area: Washington GA 30673, United States of America. Touch for directions. 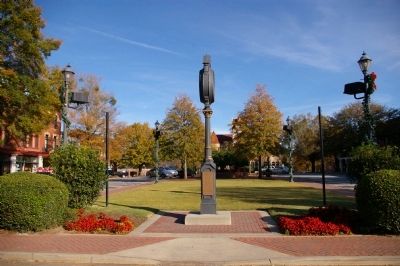 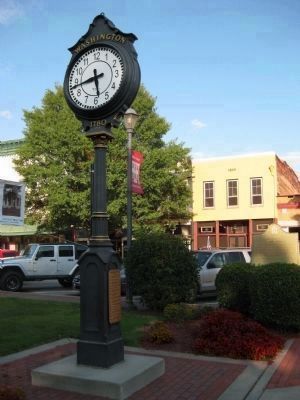