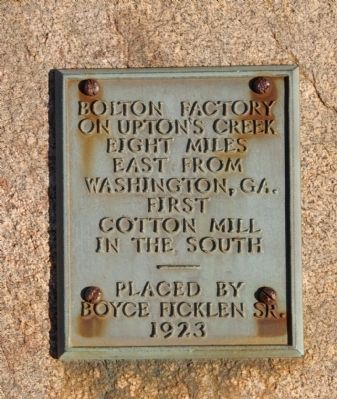 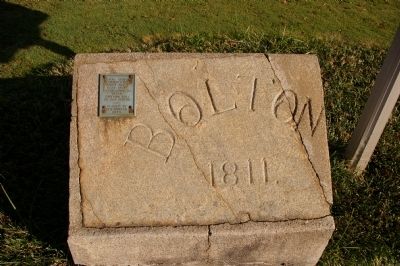 Regarding Bolton Factory. The marker is attached to a stone marking the original site of Bolton's Mill, erected in 1811. The stone was moved to Washington in 1923 by Boyce Ficklen, Sr., a local banker, county treasurer, and state legislator. Ficklen wrote a column called "Keep History Straight" in his Wilkes County Forum. 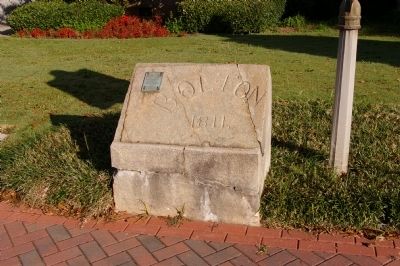 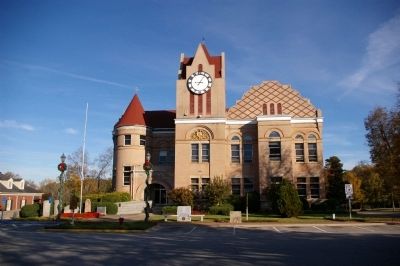