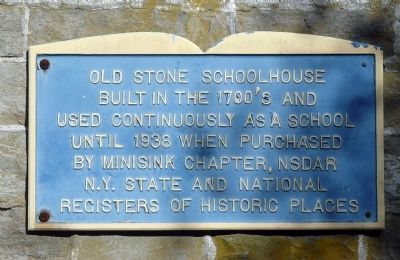 By Clifton Patrick, April 12, 2010
1. Old Stone Schoolhouse Marker
Inscription.
Old Stone Schoolhouse. . Built in the 1700’s and used continuously as a school until 1936 when purchased by Minisink Chapter, NSDAR. N.Y. State and National Register of Historic Places . This historical marker was erected by Minisink Chapter DAR 586, National Society DAR. It is in Goshen in Orange County New York

Built in the 1700’s and used continuously as a school until 1936 when purchased by Minisink Chapter, NSDAR. N.Y. State and National Register of Historic Places

Topics and series. This historical marker is listed in these topic lists: Colonial Era • Education • Notable Buildings. In addition, it is included in the Daughters of the American Revolution series list.

Other nearby markers. At least 8 other markers are within 3 miles of this marker, measured as the crow flies. George Washington (approx. ¼ mile away); Site of Signal Fires (approx. 1½ miles away); Goshen Emergency Hospital (approx. 1.8 miles away); Good Time Park (approx. 1.9 miles 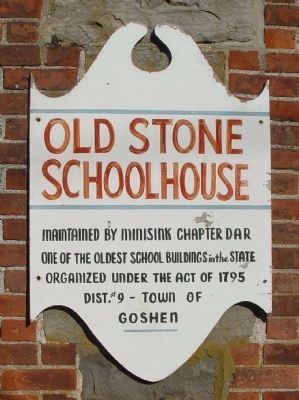 More about this marker. Marker is attached to the front of the Old Stone School House which is partially hidden by roadside foliage.

Unique and beautiful one-room stone schoolhouse sitting amid the trees along Route 17A about two miles south of the village of Goshen will be open to the public from 1-3 p.m. Saturday.

Members of the Minisink Chapter of the Daughters of the American Revolution will greet visitors, delighted to share what life was like for schoolchildren almost three centuries ago. 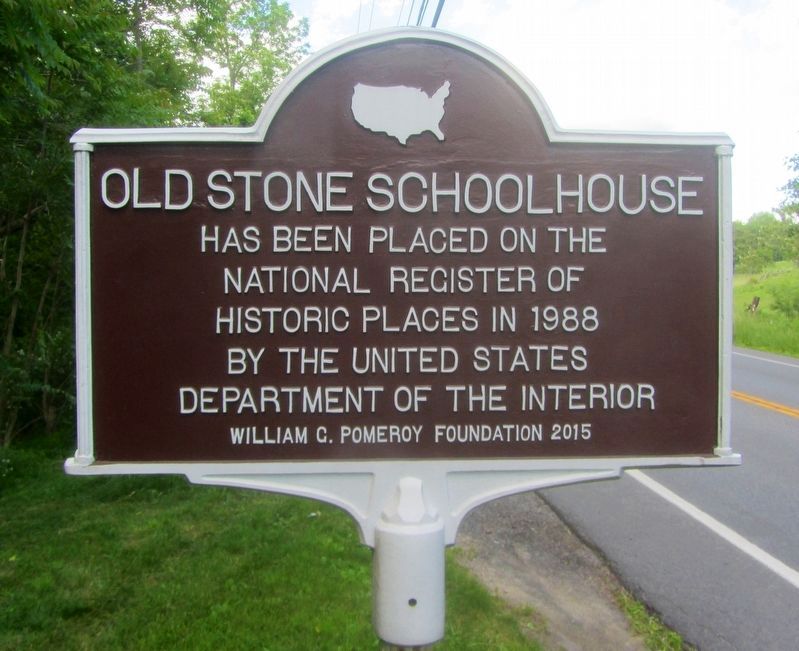 By Clifton Patrick, June 9, 2017
3. Old Stone Schoolhouse Marker
Old Stone Schoolhouse has been placed on the National Register of Historic Places in 1988 by the United States Department of the Interior William G, Pomeroy Foundation 2015
imagine for a moment what it was like to read from a hornbook and compute sums on a slate, but also to haul water and firewood great distances in order to receive the blessings of an education.

The half-acre parcel upon which the schoolhouse rests was donated for a school site in 1723 by Charles Howell, a prominent Orange County resident. The school opened sometime in the 1730s or '40s and was used continuously until 1938.

School of many names -

During those two centuries, it had been variously called the Quarry School (for a stone quarry down the road), Borden School (for a nearby creamery), and, eventually and less poetically, Orange County School District No.9. Goshen centralized its school system in 1938, and each of its one-room schoolhouses was placed on the auction block. Fearing the stone school would be leveled, the the Minisink DAR submitted the winning bid of $750.

Members spent the next 18 years lovingly restoring the school, holding their first chapter meeting there in 1957. Chapter meetings continue to be held there in the warmer months.

The building is a remarkable example of 18th-century English stone construction. The interior is one large room, which was warmed by a potbellied stove. The restroom facilities 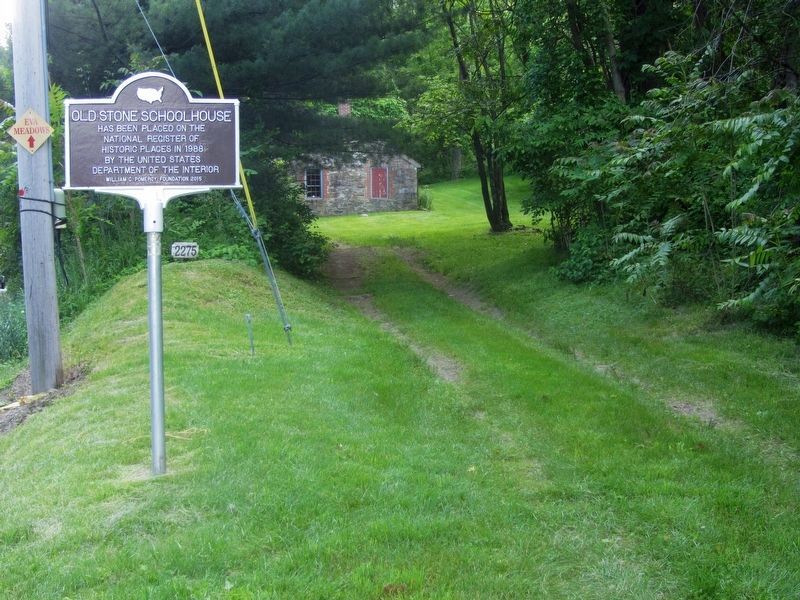 By Clifton Patrick, June 9, 2017
4. Old Stone Schoolhouse in background.
still consist of a tiny outhouse in the side yard.

In the Revolutionary era, the road in front of the school was known (ironically) as the King's Highway. Returning to battle from his headquarters in Newburgh, Gen. George Washington is said to have stopped by the school to wish the students well, to encourage them in their studies, and to toss coins their way.

Later, the school was where William H. Seward furthered his education. Although he was a student in the Florida area, he learned that Borden School was open an extra month after his home school had closed for the year. He received permission to attend Borden School and walked three miles each way for the privilege.

Seward later became governor of New York state, and, as secretary of state during the Lincoln administration he secured the purchase of Alaska from Russia, a transaction known at the time as "Seward's Folly." Note To Editor only visible by Contributor and editor
— Submitted August 14, 2010, by Clifton Patrick of Chester, NY, United States. 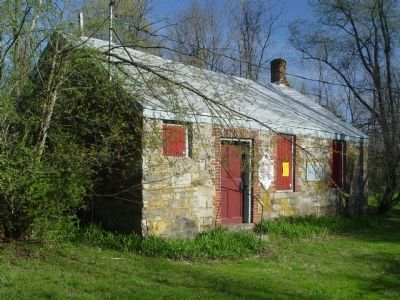 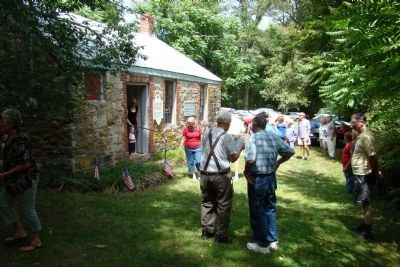 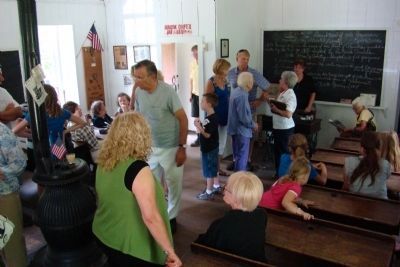 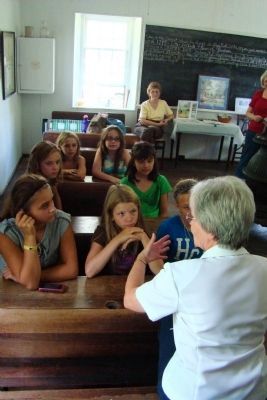 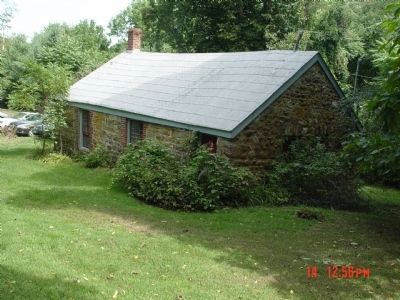