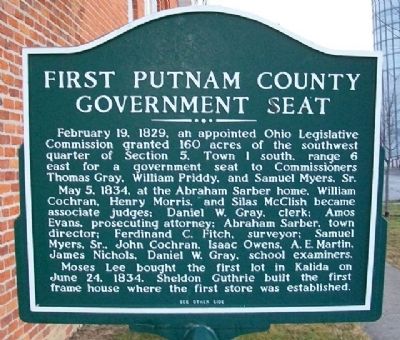 Moses Lee bought the first lot in Kalida on June 24, 1834. Sheldon Guthrie built the first frame house where the first store was established.
See Other Side 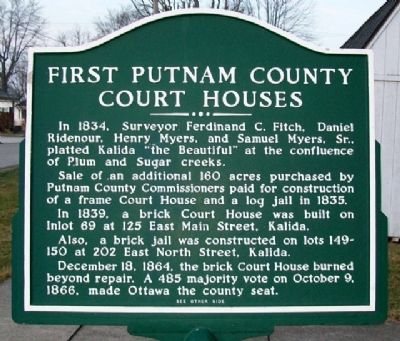 Click or scan to see
this page online
of a frame Court House and a log jail in 1835. 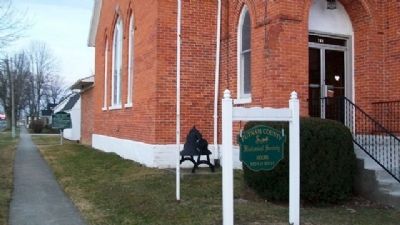 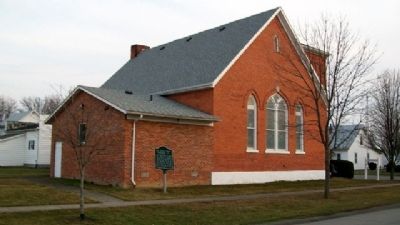 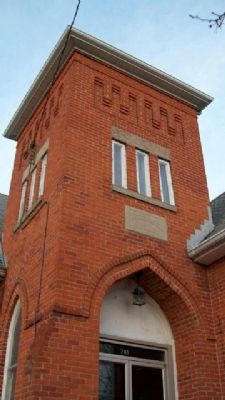