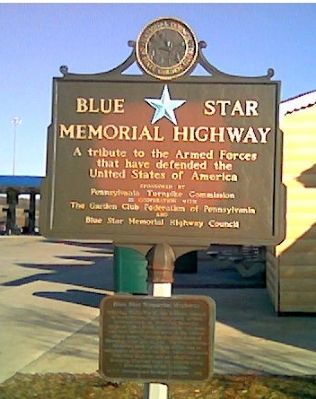 A tribute to the Armed Forces that have defended the United States of America.

Following World War II, the National Council of State Garden Clubs designated certain national roads as "Blue Star Memorial Highway", as a living memorial to "all those who have served or will serve in the nation's armed forces," through planting aisles of flowering trees and shrubs. The Pennsylvania Turnpike from Carlisle to Irwin was so designated as part of the first transcontinental Blue Star Highway and our plantings of flowering Dogwood trees are evident along this segment of the Turnpike.

Erected 1990 by Pennsylvania Turnpike Commission in cooperation with The Garden Club Federation of Pennsylvania and the Blue Star Memorial Highway Council. 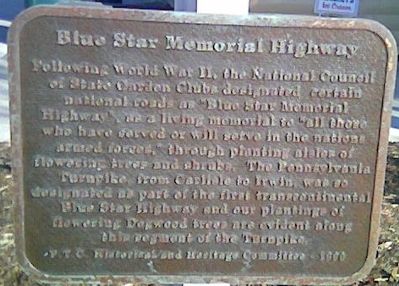 Other nearby markers. At least 5 other markers are within 2 miles of this marker, measured as the crow flies. The Dwight D. Eisenhower Highway (about 300 feet away, measured in a direct line); Wind Power (about 600 feet away); Flight 93 National Memorial (about 700 feet away); Rural Electrification (approx. 0.3 miles away); Harmon Husband (approx. 1.2 miles away). Touch for a list and map of all markers in Somerset.

2. Dogwood Planted Along Roadsides. An article in the September 1946 issue of Contractors and Engineers Monthly (Submitted on April 27, 2006.) 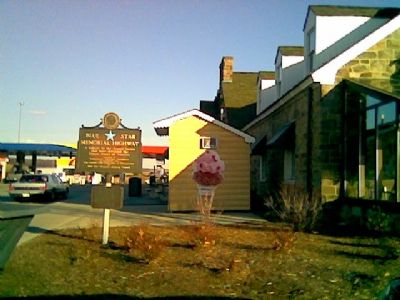 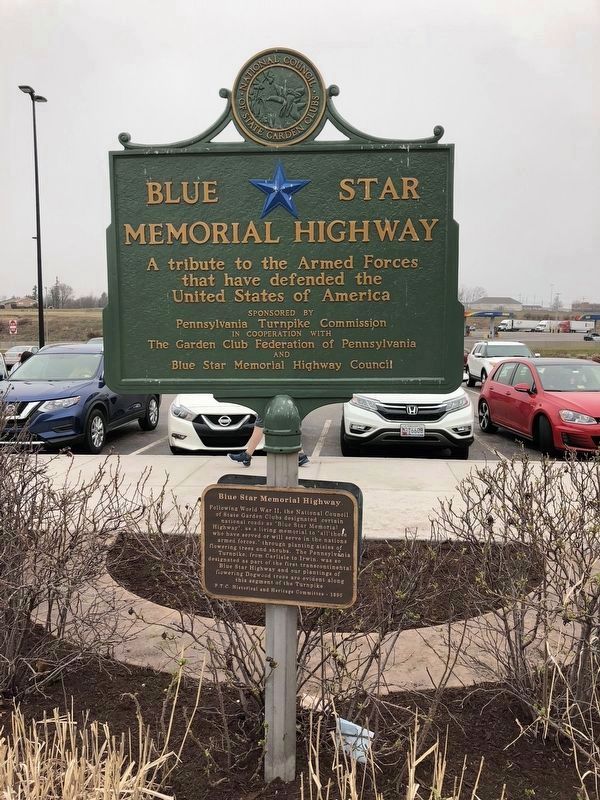 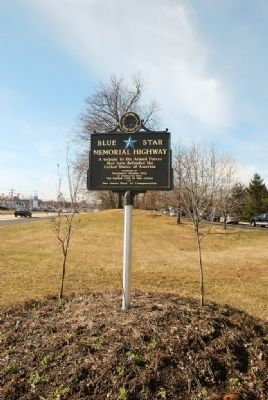