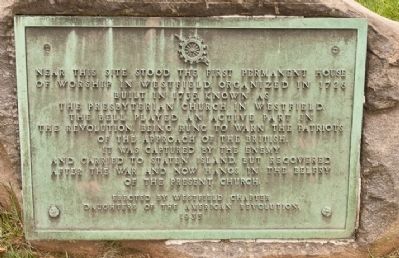 Near this site stood the first permanent house of worship in Westfield, organized in 1728, built in 1735, known as the Presbyterian Church in Westfield.

The bell played an active part in the Revolution, being rung to warn the Patriots of the approach of the British. It was captured by the enemy and carried to Staten Island, but recovered after the war and now hangs in the belfry of the present church.

Erected 1935 by Westfield Chapter Daughters of the American Revolution.

Topics and series. This historical marker is listed in these topic lists: Churches & Religion • Colonial Era • Notable Buildings • Notable Events • War, US Revolutionary. In addition, it is included in the Daughters of the American Revolution (DAR) series list. A significant historical year for this entry is 1728. 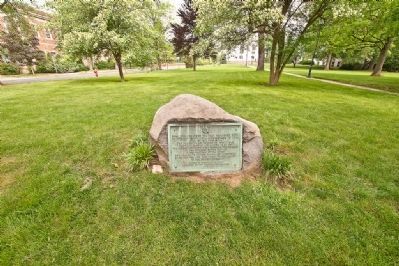 Also see . . .  The Presbyterian Church in Westfield history. (Submitted on May 28, 2010, by Bill Pfingsten of Bel Air, Maryland.) 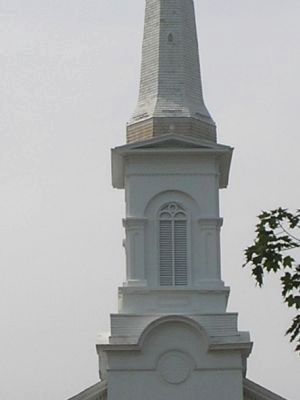 Photographed By Bill Coughlin, June 26, 2010
3. Presbyterian Church Belfry
The bell mentioned on the marker that warned of the approach of the British hangs in this belfry. 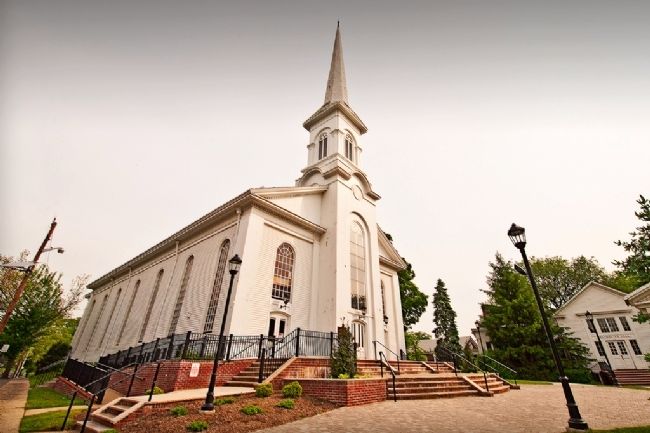