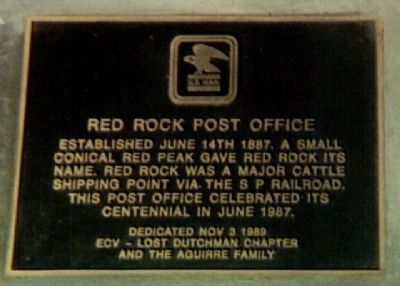 Topics and series. This historical marker is listed in these topic lists: Agriculture • Animals • Communications • Railroads & Streetcars. In addition, it is included in the E Clampus Vitus, and the Postal Mail and Philately 📭 series lists. A significant historical date for this entry is June 14, 1867.

Other nearby markers. At least 3 other markers are within 8 miles of this marker, measured as the crow flies. Memorial to the 1st California Cavalry Volunteers 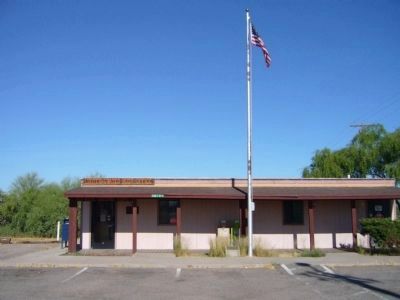 Additional commentary.
1. Spelling of town name.
The town spelling varied from one word to two words over the years. The community was developed to service the Silver Bell smelter. The post office was established in 1887 as "Red Rock". The name was changed to "Redrock" (one word), November 30, 1895. It remained with this spelling until June 1, 1950, when it again reverted to "Red Rock" (two words.)
— Submitted May 28, 2020, by Bill Kirchner of Tucson, Arizona. 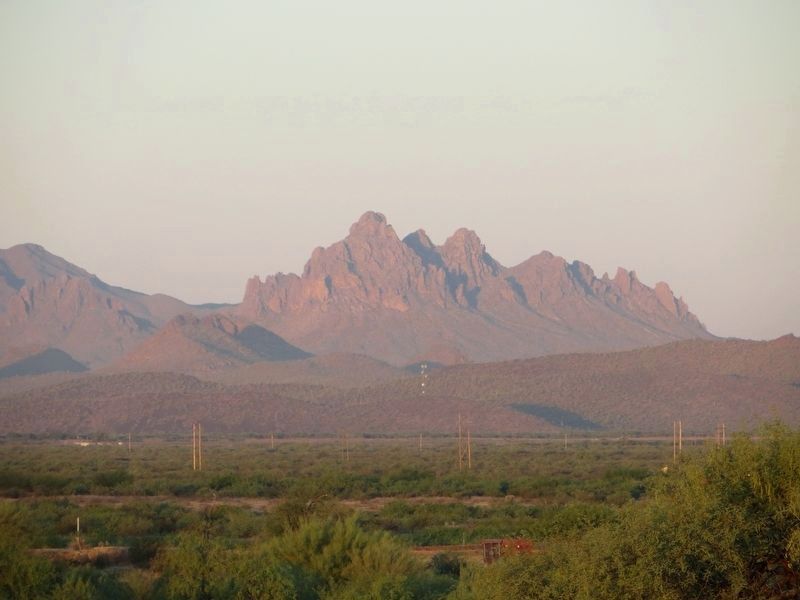