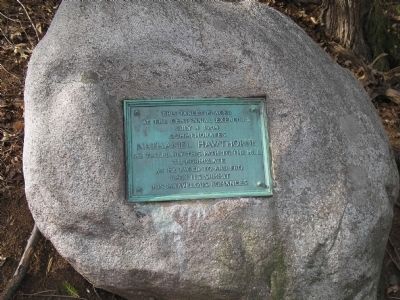 By Bill Coughlin, April 17, 2009
1. Nathaniel Hawthorne Marker
Inscription.
Nathaniel Hawthorne. .
This tablet placed at the Centennial Exercises July 4, 1904 commemorates Nathaniel Hawthorne. He trod daily this path to the hill to formulate, as he paced to and fro upon its summit, his marvelous romances.. . This historical marker was erected in 1904. It is in Concord in Middlesex County Massachusetts

This tablet placed
at the Centennial Exercises
July 4, 1904
commemorates
Nathaniel Hawthorne.
He trod daily this path to the hill
to formulate,
as he paced to and fro
upon its summit,
his marvelous romances.

Location. 42° 27.543′ N, 71° 20.005′ W. Marker is in Concord, Massachusetts, in Middlesex County. Marker can be reached from the intersection of Lexington Road and Hawthorne Lane, on the right when traveling west. Marker is in Minute Man National Historical Park, just west of The Wayside. Touch for map. Marker is in this post office area: Concord MA 01742, United States of America. Touch for directions. 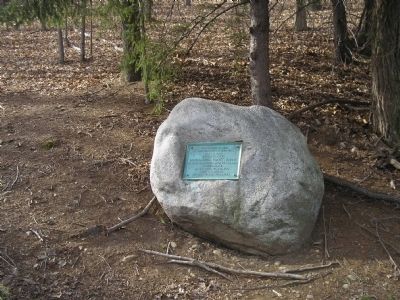 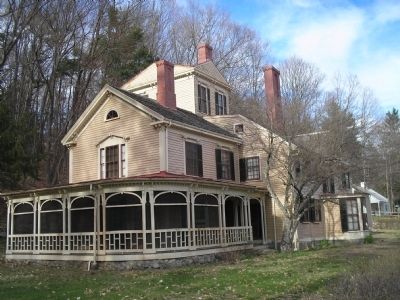 By Bill Coughlin, April 17, 2009
3. The Wayside
Nathaniel Hawthorne lived in this house, located near the marker. In addition to him, the Wayside was also the home to authors Louisa May Alcott and Harriett Lothrop (Margaret Sidney). Hawthorne added the vaulted tower study and other alterations to the house when he lived here. 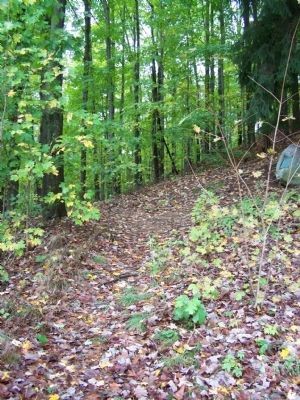 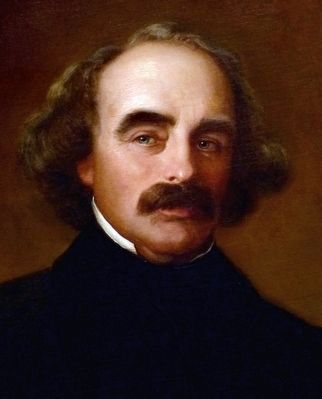 “One of the enduring myths of America is that it has no history but exists in the liberating freedom of the present moment. Nathaniel Hawthorne's novels, fables, and "tales" were a cautionary lesson to Americans who ignored the past. … His writings secularized the harsh Puritan worldview of his Salem birthplace to remind Americans that actions had consequences, both for individuals and communities. His novels turn on the clash of the individual will—from the lovers in The Scarlet Letter (1850) to the naive philanthropist of The Blithedale Romance, (1852)—against the implacability of society and nature. Hawthorne's sympathies are often with his rebels, but his philosophy requires their defeat. It was perhaps the irreconcilability of these viewpoints that led to his artistic decline in the 1850s.” — National Portrait Gallery
More. Search the internet for Nathaniel Hawthorne.