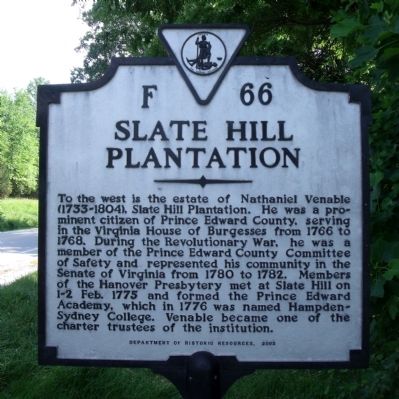 To the west is the estate of Nathaniel Venable (1733-1804), Slate Hill Plantation. He was a prominent citizen of Prince Edward County, serving in the Virginia House of Burgesses from 1766 to 1768. During the Revolutionary War, he was a member of the Prince Edward County Committee of Safety and represented his community in the Senate of Virginia from 1780 to 1782. Members of the Hanover Presbytery met at Slate Hill on 1-2 Feb. 1775 and formed the Prince Edward Academy, which in 1776 was named Hampden-Sydney College. Venable became one of the charter trustees of the institution. 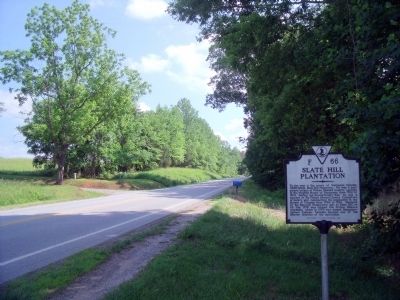 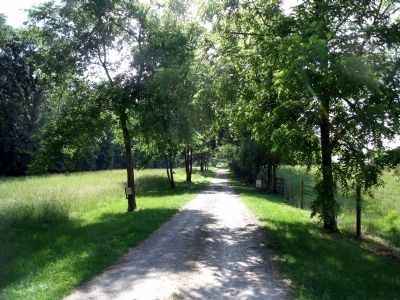