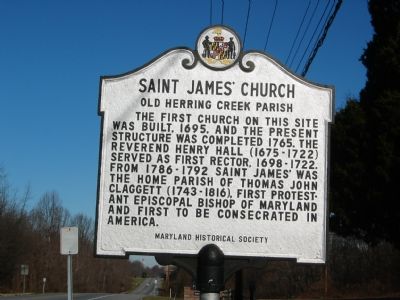 By F. Robby, December 31, 2003
1. Saint James' Church Marker
Inscription.
Saint James’ Church. Old Herring Creek Parish. The first church on this site was built, 1695, and the present structure was completed 1765. The Reverend Henry Hall (1675–1722) served as the first rector, 1698-1722. From 1786–1792 Saint James’ was the home parish of Thomas John Claggett (1743–1816), first Protestant and Episcopal Bishop of Maryland and first to be consecrated in America. . This historical marker was erected by Maryland Historical Society. It is in Lothian in Anne Arundel County Maryland

Other nearby markers. At least 8 other markers are within 4 miles of this marker, measured as the crow flies. Anne and Christopher Birckhead (within shouting distance of this marker); The Town of Herrington: Unearthing the Origins of South County (approx. 1.9 miles away); Birds of Prey 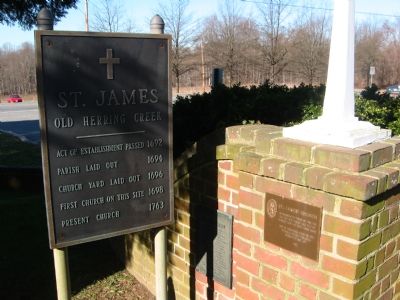 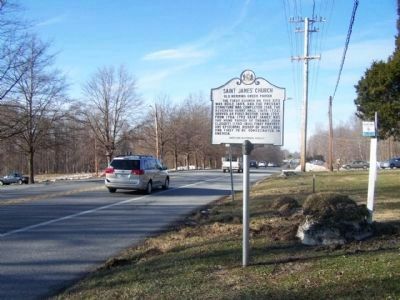 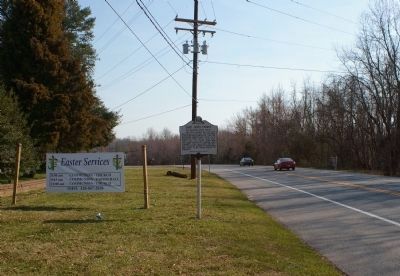 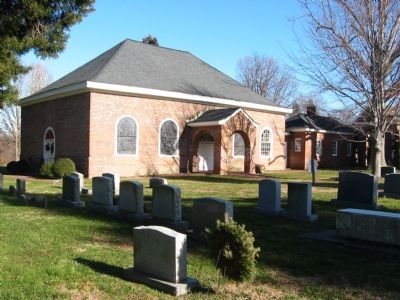