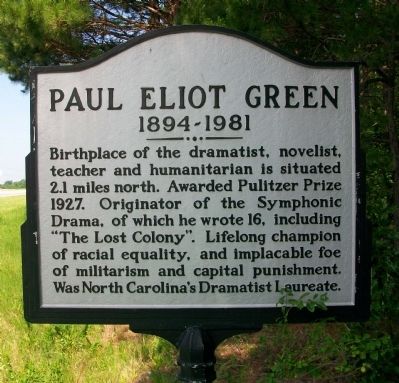 Birthplace of the dramatist, novelist, teacher and humanitarian is situated 2.1 miles north. Awarded Pulitzer Prize 1927. Originator of the Symphonic Drama, of which he wrote 16, including "The Lost Colony." Lifelong champion of racial equality, and implacable foe of militarism and capital punishment. Was North Carolina's Dramatist Laureate.

Topics. This historical marker is listed in these topic lists: Arts, Letters, Music • Civil Rights • Education • Entertainment. A significant historical year for this entry is 1927.

Other nearby markers. At least 8 other markers are within 8 miles of this marker, measured as the crow flies. Campbell House (within shouting distance of this marker); Campbell University (approx. ¾ mile away); Cornelius Harnett 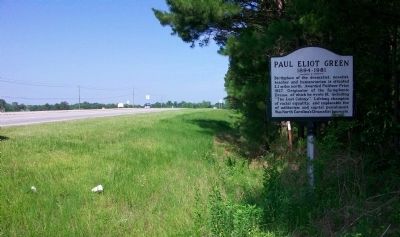 Additional commentary.
1. Paul Eliot Green
Paul Eliot Green (17 March 1894 - 4 May 1981) was an American playwright best known for his depictions of life in North Carolina during the first decades of 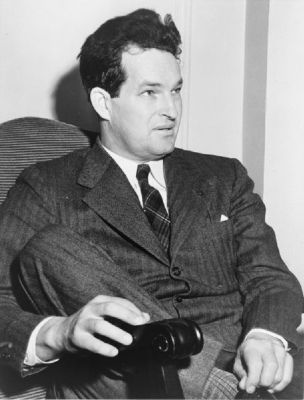 Born in Harnett County, near Lillington, N.C., Green was educated at Buies Creek Academy (known today as Campbell University). He went on to study at the University of North Carolina at Chapel Hill where he joined The Dialectic and Philanthropic Societies. Green also studied at Cornell University.

Green first attracted attention with his 1925 one-act play The No 'Count Boy which was produced by the New York Theatre Club. The next year his full-length play In Abraham's Bosom was produced by the Provincetown Players and received the Pulitzer Prize for Drama. The play was considered remarkable for its depiction of African Americans in the South. Its hero, a man of mixed racial ancestry, finds his idealistic attempts to better the lives of the African Americans around him doomed to failure. With this success, Green quickly was recognized as one of the leading regional voices in the American theatre. His plays were often compared with the folk plays of Irish playwright John Millington Synge.

Green's tragedy of the decline of an old Southern family, The House of Connelly was chosen by the newly formed Group Theatre for its inaugural production. Often compared to Anton Chekhov's The Cherry Orchard in its contrast of aristocratic decay and parvenu energy, The 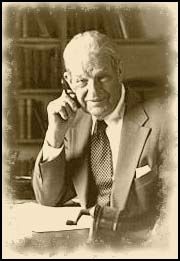 Photographed By Unknown
4. Paul Green, Dramatist, Teacher, Humanist
Author Paul Green (1894-1981) was one of the South’s most revered writers, and one of America’s most distinguished. The first playwright from the South to gain national and international recognition, he was part of that remarkable generation of writers who first brought southern writing to the attention of the world.
House of Connelly was praised by critic Joseph Wood Krutch as Green's finest play to date.

But Green had already begun to move away from the realistic style of his early work. In 1928-29 he traveled to Europe on a Guggenheim Fellowship and was impressed by the non-realistic productions that he saw there. He began to experiment with expressionism and the Epic theatre of Bertolt Brecht and Erwin Piscator. In the 1930s Green largely abandoned the New York theatre, whose commercialism he found distasteful. His experiments in non-realistic drama, Tread the Green Grass (1932) and Shroud My Body Down (1934) both premiered in Chapel Hill, and never were professionally produced in New York.

In 1936, Green returned to the Group Theatre with his pacifist musical play, Johnny Johnson, with a score by Kurt Weill. In it, Green experimented with genre, writing the first act as a comedy, the second as a tragedy, and the third as a satire. The production encountered problems of style early on: set designer Donald Oenslager designed the first act in poetic realism, the second in expressionism, and the final act in an extremely distorted style, director Lee Strasberg wanted to stage it realistically, and others in the company wanted it to be staged expressionistically throughout. Reviews ranged from the enthusiastic to the dismissive, and it ran for sixty-eight performances.

Green created a new dramatic form that he called symphonic drama. Inspired by historical events, it incorporated music and pageantry, usually for outdoor performance. His first experiment in this form was Roll Sweet Chariot (1934), which ran for a scant four performances on Broadway. Much more warmly received was the first and most famous of his outdoor symphonic dramas, The Lost Colony (1937) which is still played during the summer in an outdoor theater at Fort Raleigh National Historic Site near Manteo, North Carolina. The Lost Colony is the oldest outdoor historical drama in the United States. Among Green's other outdoor symphonic dramas are Faith of Our Fathers, Wilderness Road, The Lone Star, The Founders, Trumpet in the Land, which tells the story of the American massacre of Native American Moravians in Gnadenhutten, Ohio, during the American Revolution, and The Stephen Foster Story which continues to be played each summer in Bardstown, Kentucky. The little one-room house where he did much of his writing can be seen at the North Carolina Botanical Garden in Chapel Hill, North Carolina.