Site of “The Rest” 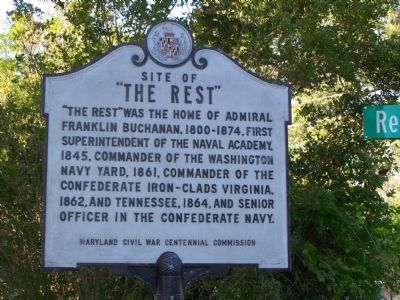 By Beverly Pfingsten, October 22, 2007
1. Site of "The Rest" Marker
Inscription.
Site of “The Rest”. . “The Rest” was the home of Admiral Franklin Buchanan, 1800–1874, first Superintendent of the Naval Academy, 1845, Commander of the Washington Navy Yard, 1861, Commander of the Confederate iron-clads Virginia, 1862, and Tennessee, 1864, and senior officer in the Confederate Navy. . This historical marker was erected by Maryland Civil War Centennial Commission. It is in Easton in Talbot County Maryland

Topics. This historical marker is listed in these topic lists: Education • War, US Civil • Waterways & Vessels. 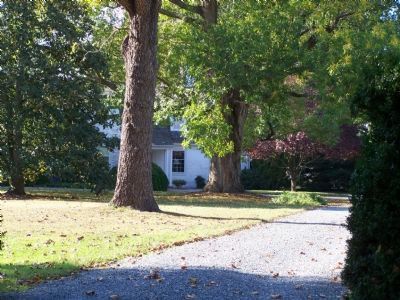 Regarding Site of “The Rest”. According to the Maryland Historical Trust Historicd Sites Survey, "It is said that prior to a fire in 1868, a bric house was situated at The Rest. Between 1863 and 1866 he built a three story frame dwelling on the same site which resembles Doncaster still standing a short distance to the west. In recent years, The Rest was demolished and is now a sub-division."