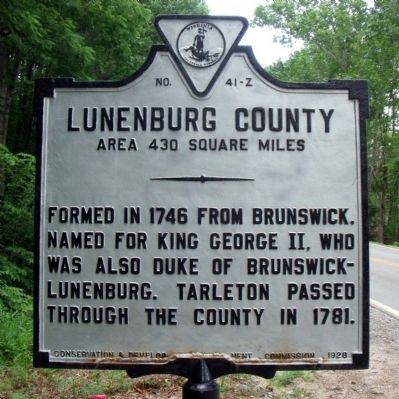 Lunenburg County. Area 430 Square Miles. Formed in 1746 from Brunswick. Named for King George II, who was also duke of Brunswick-Lunenburg. Tarleton passed though the county in 1781.

Mecklenburg County. Area 669 Square Miles. Formed in 1764 from Lunenburg, and named for Princess Charlotte, of Mecklenburg-Strelitz, queen of George III. Bacon, the Rebel, defeated the Indians near the present town of Clarksville, 1676.

Topics and series. This historical marker is listed in these topic lists: Native Americans • Political Subdivisions • War, US Revolutionary. In addition, it is included in the Virginia Department of Historic Resources series list. A significant historical year for this entry is 1746. 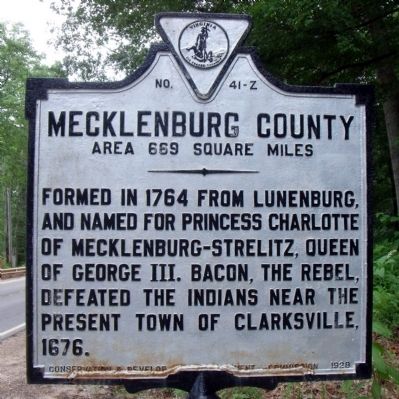 Click or scan to see
this page online
, on the right when traveling south. Touch for map. Marker is in this post office area: Chase City VA 23924, United States of America. Touch for directions. 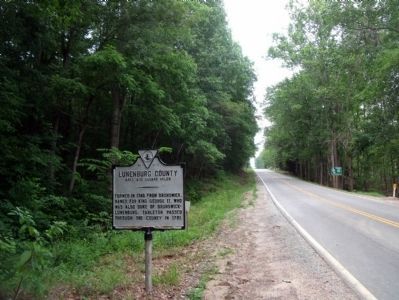 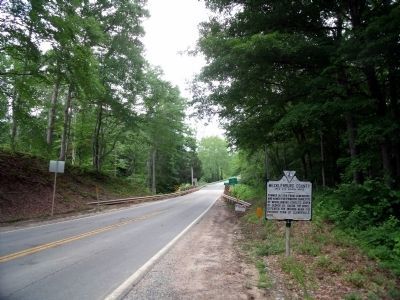