Civil Engineering Monument of the Millennium 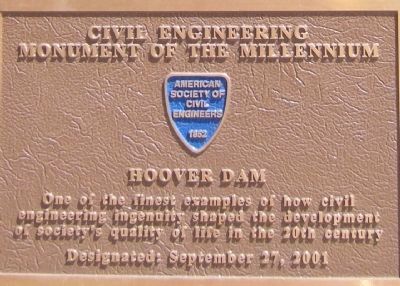 One of the finest examples of how civil engineering ingenuity shaped the development of society's quality of life in the 20th century.

Topics and series. This historical marker is listed in these topic lists: Charity & Public Work • Waterways & Vessels. In addition, it is included in the ASCE Civil Engineering Landmarks series list. 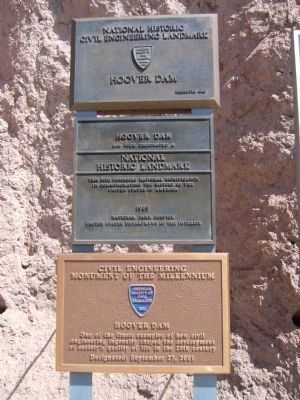 Photographed By Sandie Kirchner, June 7, 2010
2. Civil Engineering Monument of the Millennium Marker
This marker is the lower marker in this photo. 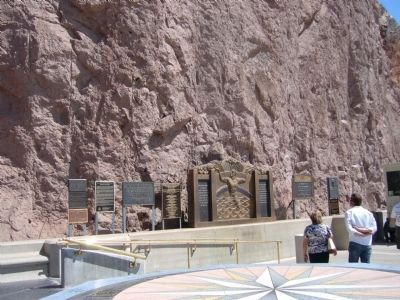 Photographed By Sandie Kirchner, June 7, 2010
3. Row of markers at Hoover Dam
This marker is on the far left in the row of markers. 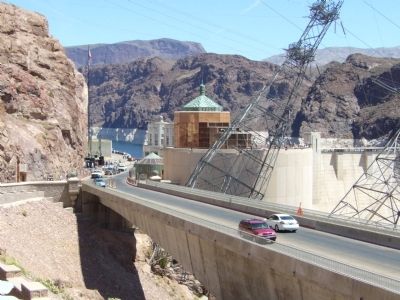