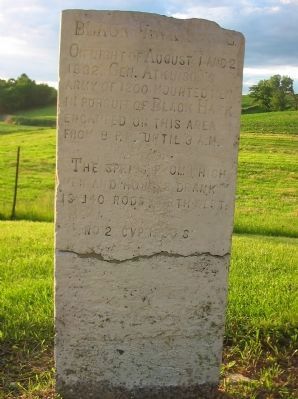 The spring from which
men and horse drank
is 140 rods northwest.

Topics and series. This historical marker is listed in this topic list: Wars, US Indian. In addition, it is included in the Black Hawk War series list. A significant historical year for this entry is 1832.

Other nearby markers. At least 8 other markers are within 8 miles of this marker, measured as the crow flies. A different marker also named Black Hawk Trail (here, next to this marker); Walnut Mound Veterans Memorial (approx. one mile away); 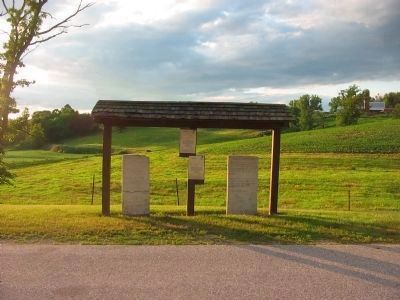 Photographed By Keith L, June 6, 2010
2. Black Hawk Trail Marker
The marker is to the left. 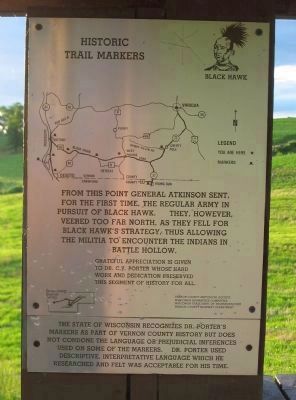 From this point General Atkinson sent, for the first time, the regular army in pursuit of Black Hawk. They, however, veered too far north, as they fell for Black Hawk's strategy, thus allowing the militia to encounter the Indians in Battle Hollow.