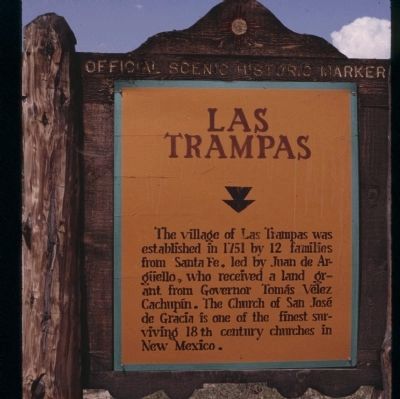 ﻿The village of Las Trampas was established in 1751 by 12 families from Santa Fe, led by Juan de Argüello, who received a land grant from Governor Tomás Vélez Cachupín. The church of San José de Gracia is one of the finest surviving 18th-century churches in New Mexico.

Other nearby markers. At least 8 other markers are within 13 miles of this marker, measured 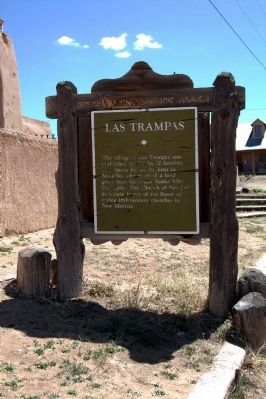 Also see . . .  Wikipedia Entry. This entry contains photographs of the interior. “The San Jose de Gracia Church, also known as Church of Santo Tomas Del Rio de Las Trampas, is a church built between 1760 and 1776 in Las Trampas, New Mexico. Originally named Santo Tomas del Rio de las Trampas, the church is of adobe construction with a mud-plaster exterior, which is renewed periodically by parishioners. The church was reroofed and repaired in 1932 by the Society for the Preservation of New Mexico Mission Churches, led by renowned architect John Gaw Meem. 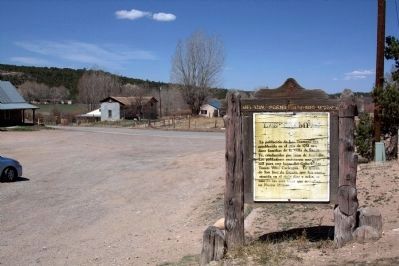 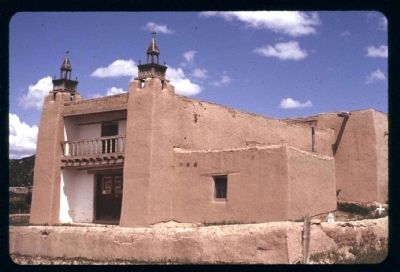 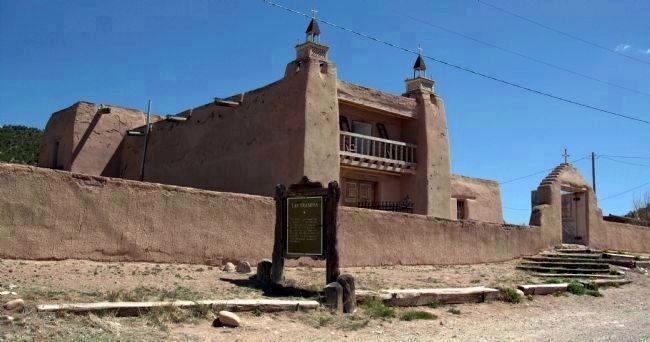 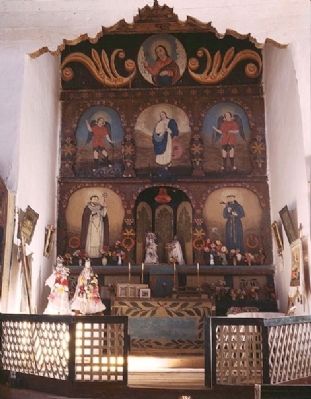