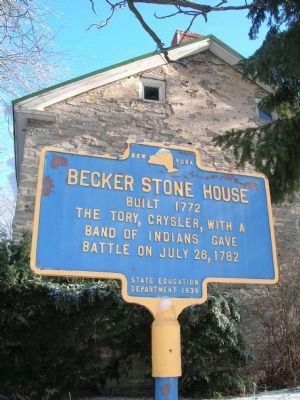 Topics. This historical marker is listed in these topic lists: Notable Buildings • Notable Events • Patriots & Patriotism • War, US Revolutionary. A significant historical month for this entry is July 1902.

More about this marker. Marker mounted on the back of the house is on Private Property. The homeowner was gracious enought to allow me to take photos. Please respect the privacy of the homeowner if you visit this marker.

Murphy road is just across the Fox Creek bridge on Debriko Road from the hamlet of Shutter Corners on
Route 443. The historic home is across the road from the site of the annual antique engine show known locally as the Galluville "Gas Up". 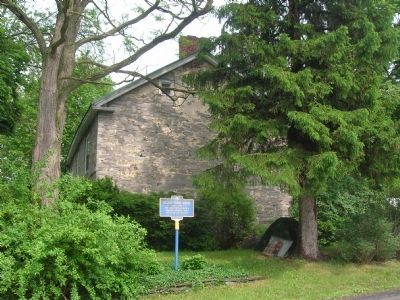 Click or scan to see
this page online
Becker Stone House
The Becker Stone house is thought to have been built between 1772 and 1775 for Joseph Becker, the son of Johannes Becker, one of a group of Palatine German refugees who moved to the Fox Creek and Schoharie Valley area from Livingston Manor in 1712. Near the Becker Stone house stood a grist mill, one of the earliest in Schoharie County, though now gone. Major Joseph Becker, head of the militia at the Lower Fort, now known as The Old Stone Fort, about three miles west along the Fox Creek, owned and occupied the Becker house in 1782 when it was the object of a punitive raid by Tories and Mohawk Indians. Becker's brother was killed, but Joseph Becker and most of his family secured themselves in the stone house and fought off the attack successfully. A detachment from the Lower Fort later came to their aid. The incident was related by Becker's son and other survivors to a nineteenth century historian, and remains a source of local pride. The Becker Stone House was listed on the National Register of Historic Places on November 20, 1979.


Adam Crysler
Adam Crysler was born in 1732 in the little village of West Camp, about 90 miles north of New York City, on the Hudson River and grew up on the banks of Breakabeen Creek near where it enters the Schoharie Creek. In 1750, Adam received the Fultonham property from his 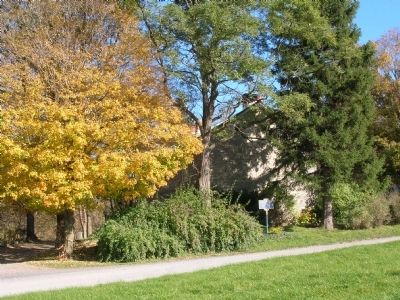 Photographed By Howard C. Ohlhous, October 11, 2008
3. Becker Stone House & Marker
father and with the help of his brothers and younger Bouck family members built the gristmill and ran the farm on Breakabeen Creek. In 1777, Adam Crysler was still an Ensign in the British Indian Affairs Department. In October of 1779, Adam received his official commission as Lieutenant from Col. Guy Johnson and Captain General Frederick Haldimand.

On the morning of July 26, 1782 after attacking the home of Jacob Zimmer with a small troop of Indians and Loyalists Captain Crysler continued down Foxes Creek toward Schoharie, when he came to the stone house of Major Joseph Becker. Major Becker was home at the time with his wife and some others who were able to put up a good defense of their property. One sharpshooter in the house, John Huff, put a bullet through the brim of Crysler's hat. Crysler attacked for several hours trying to gain entrance. His Indians tried numerous times to set the house on fire but each time the inhabitants were able to extinguish the blaze. As darkness approached, Crysler abandoned his effort to conquer Major Becker and began his journey to Niagara with his numerous prisoners. 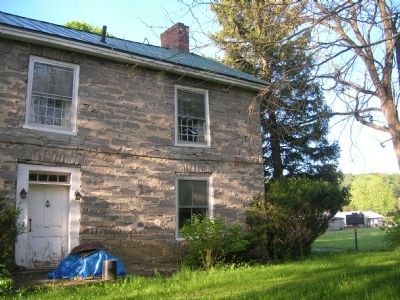 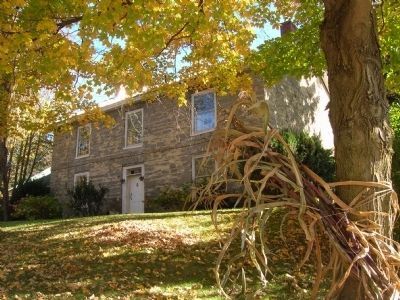 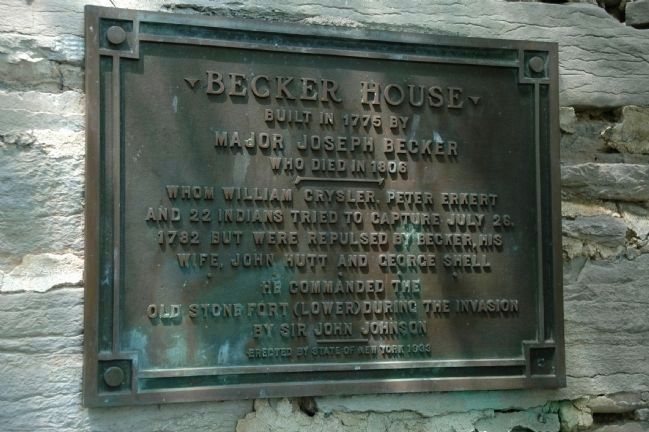 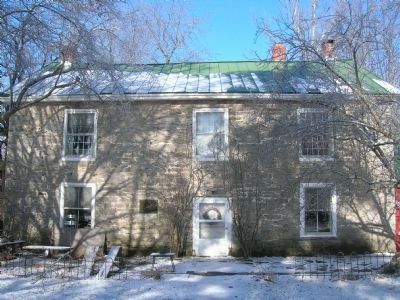 Photographed By Howard C. Ohlhous, December 13, 2008
7. Becker Stone House
This is the back side of the Becker Stone House. The rear of the house features the New York State plaque, mounted to the left of the diminutive Dutch Door, which is original to the house. 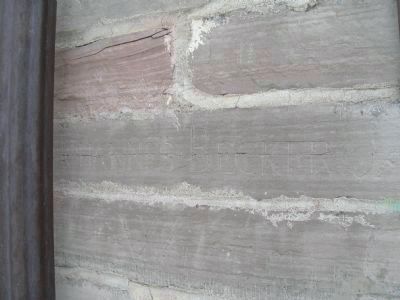 Photographed By Howard C. Ohlhous, December 26, 2008
8. Old Stone Fort - Iohannes Becker
The name "Iohannes Becker", father of Joseph Becker, is engraved in the stonework on the front of the Old Stone Fort in Schoharie; The Fort that Joseph Becker was in command of during the October 17, 1780 raid led by Tory leader Sir John Johnson & Indina Joseph Brandt. Names of many parishioners were chiseled into the stones by builders when the fort was built as a church in 1772. 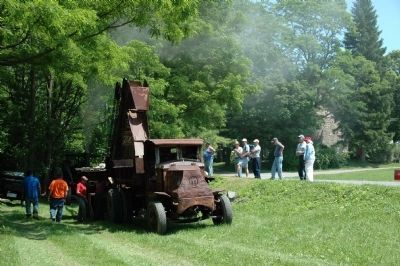 Photographed By Howard C. Ohlhous, June 19, 2010
9. Gas Up event in Gallupville, NY
The Hudson - Mohawk Chapter of the Pioneer Gas Engine Association, Inc celebrated their 43rd Annual Gas Up event in Gallupville, NY. in June of 2010. The Becker Stone House & Marker are in the background beyond the spectators on the road watching the vintage steam-powered rock-crusher equipment. 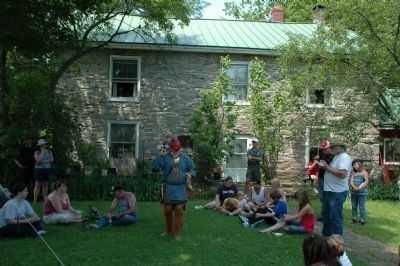