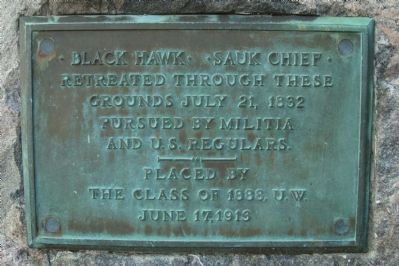 By William J. Toman, June 24, 2010
1. Black Hawk Marker
Inscription.
Black Hawk, Sauk chief, retreated through these grounds July 21, 1832 pursued by militia and U.S. regulars. . This historical marker was erected in 1913 by The Class of 1888, U.W.. It is in Madison in Dane County Wisconsin

Topics and series. This historical marker is listed in these topic lists: Native Americans • Wars, US Indian. In addition, it is included in the Black Hawk War series list.

Location. 43° 4.565′ N, 89° 24.29′ W. Marker is in Madison, Wisconsin, in Dane County. Marker is on Observatory Drive 0.1 miles east of North Charter Street, on the right when traveling west. The marker is east of the Sewell Social Sciences Building and the Carillon Tower on the University of Wisconsin campus. Touch for map. Marker is at or near this postal address: 1180 Observatory Drive, Madison WI 53706, United States of America. Touch for directions. 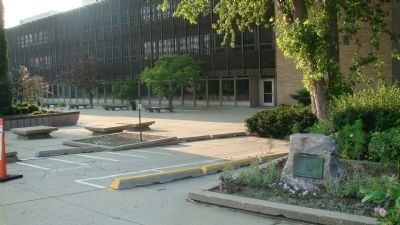 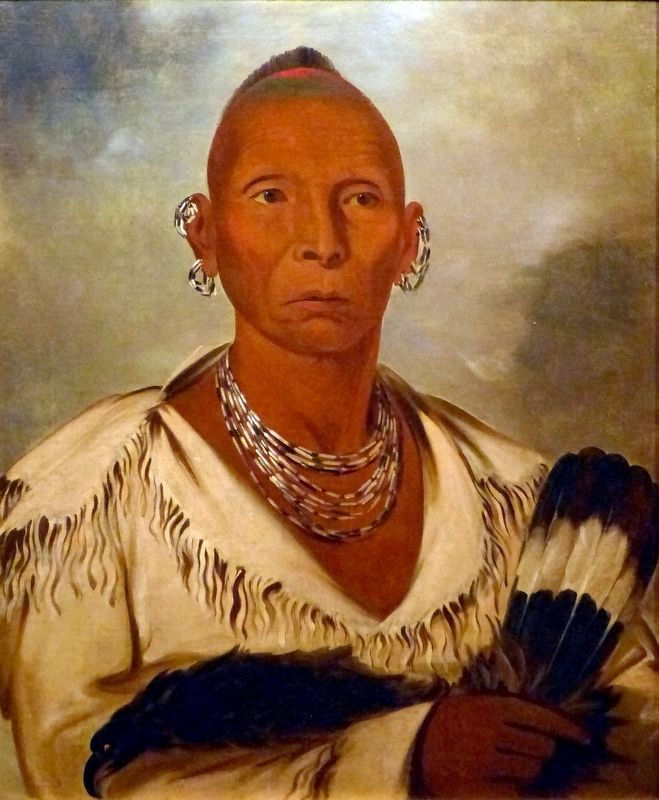