The Right Will Prevail 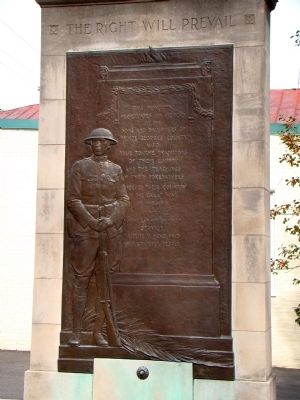 This monument perpetuates the memory of the sons and daughters of Prince George’s County who, true to the traditions of their county and the teachings of their forefathers, served their country in the Great War of 1917-1918. To the spirit of that service tribute is here paid by a grateful people. 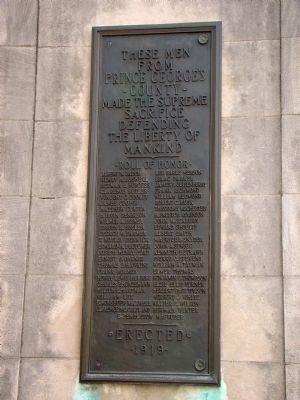 Topics. This historical marker is listed in these topic lists: Military • Native Americans • War, World I.

Regarding The Right Will Prevail. 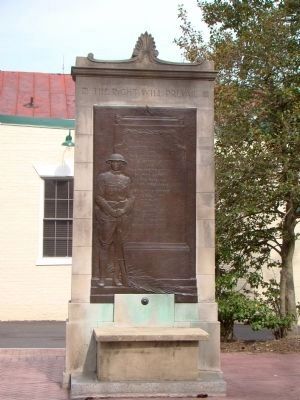 Related marker. Click here for another marker that is related to this marker. Prince George's County Peace Cross

Also see . . .  Upper Marlboro World War I Monument. PG:79-19-70, National Register Nomination Form at Maryland Inventory of Historic Places. "The Prince George's County World War I Monument, erected in 1919, is significant for its commemoration the citizens of the county who served and died in the war. A collaboration of Baltimore sculptor Joseph Maxwell Miller and architect William Gordon Beecher, the monument is a representative example of the stele memorial type and of the common soldier Sentinel or Parade Rest figure, first made popular during the Civil War. The bronze was cast by the J. Arthur Limerick Foundry in Baltimore." (Submitted on November 3, 2013, by Allen C. Browne of Silver Spring, Maryland.) 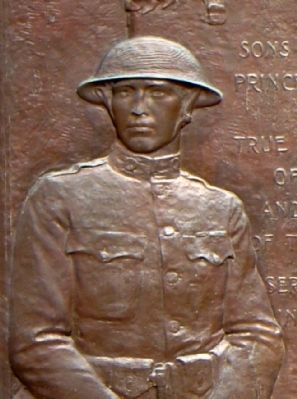 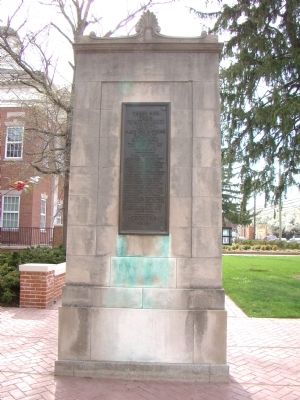 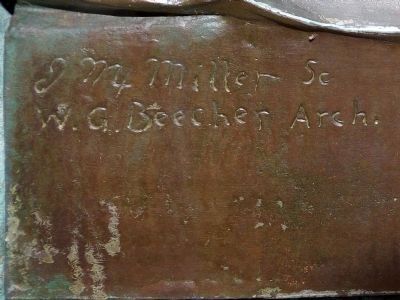 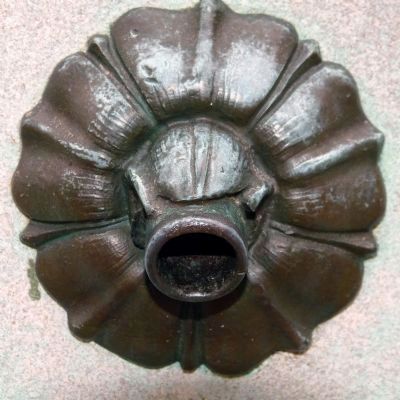 Photographed By Allen C. Browne, March 17, 2013
7. Water Spout
This monument was originally known as the "Memorial Fountain". The parged basin into which water fell has been covered by a concrete slab. 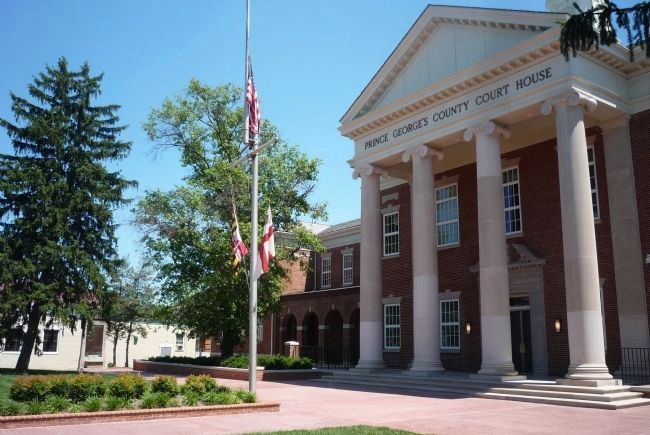