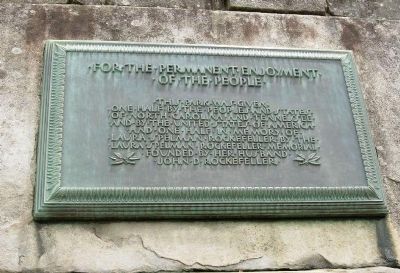 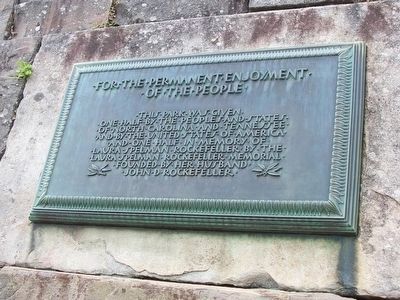 Additional commentary.
1. Newfound Gap & Clingmans Dome: Great Smoky Mountains National Park
A 24-mile paved road that climbs from the base of the Great Smoky Mountains, near the Rockefeller Memorial, to the highest peak. When combined, the Newfound Gap and Clingmans Dome roads may well be the most popular scenic drive in North Carolina and Tennessee. The Appalachian Trail also traverses the gap, as do a small number of other hiking trails. With beautiful scenery and numerous historic sites, the area's popularity is well deserved. Most people tour this area drive at some point during their visit to Great Smoky Mountains National Park, the most-visited national park in the country.
— Submitted November 6, 2007, by Kevin W. of Stafford, Virginia. 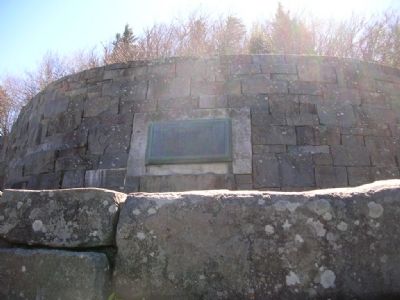 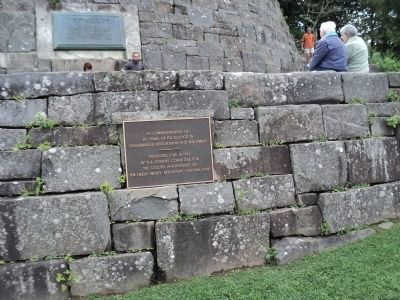 Photographed By Bill Coughlin, August 6, 2012
4. Markers in Great Smoky Mountains NP
Both markers can be seen in this photo. 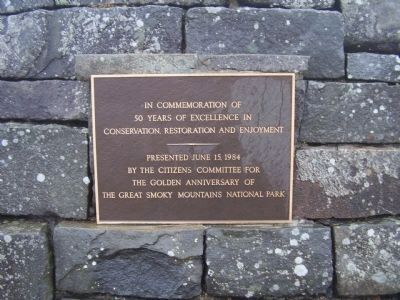 Photographed By Stanley and Terrie Howard, March 4, 2009
5. Rockefeller Memorial Golden Anniversary plaque
In commemoration of 50 years of excellence in conservation restoration and enjoyment.
Presented June 15, 1984 by the Citizens Committee for the Golden Anniversary the Great Smoky Mountain National Park 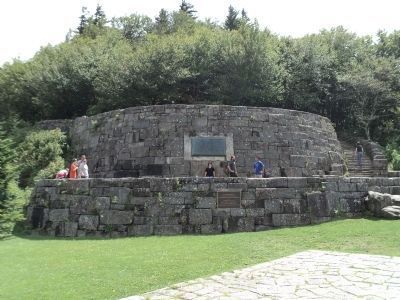