History of the Monocacy River Valley 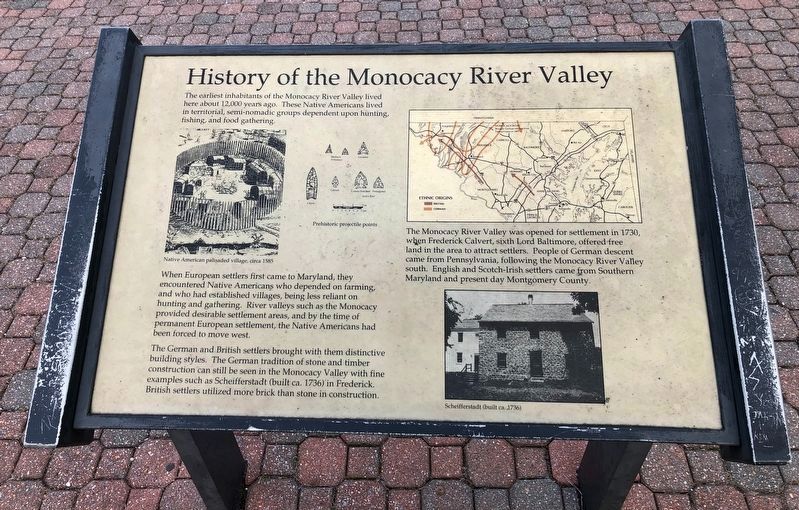 The earliest inhabitants of the Monocacy River Valley lived here about 12,000 years ago. These Native Americans lived in territorial, semi-nomadic groups dependent upon hunting, fishing, and food gathering.

The German and British settlers brought with them distinctive building styles. The German tradition of stone and timber construction can still be seen in the Monocacy Valley with fine examples such as Scheifferstadt (built ca. 1736) in Frederick. British settlers utilized more brick than stone in construction. 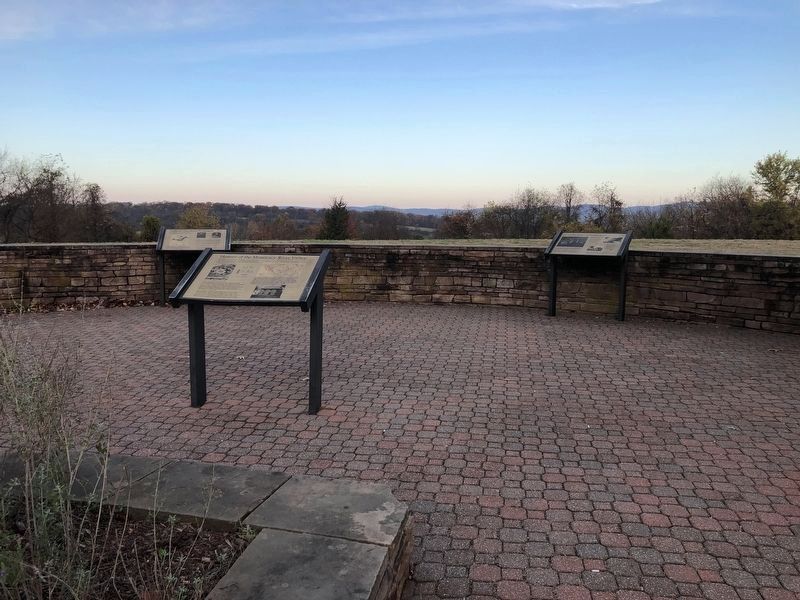 Photographed By Devry Becker Jones, November 6, 2020
2. Markers at the Rest Stop / Overlook
The History of the Monocacy River Valley marker is in the center of the observation walkway behind the center shrubs.

Click or scan to see
this page online
and Scotch-Irish settlers came from Southern Maryland and present day Montgomery County.

Topics. This historical marker is listed in these topic lists: Native Americans • Settlements & Settlers. A significant historical year for this entry is 1730.

Location. 39° 20.972′ N, 77° 23.39′ W. Marker is near Frederick, Maryland, in Frederick County. Marker can be reached from Interstate 270, on the right when traveling west. Located at a rest stop/scenic overlook loop reached from west bound I-270. Touch for map. Marker is in this post office area: Frederick MD 21704, United States of America. Touch for directions.

More about this marker. On the left the marker displays a drawing of a "Native American palisaded village, circa 1585." Next to it is a drawing of various prehistoric spear points. A map on the upper right shows the settlement patterns of the valley. On the lower right is a photograph of Scheifferstadt.