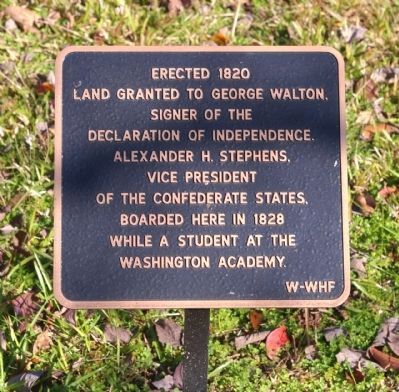 By David Seibert, November 15, 2009
1. Land Granted to George Walton Marker
Inscription.
Tarver-Maynard House. Erected 1820. Land granted to George Walton, signer of the Declaration of Independence. Alexander H. Stephens, Vice President of The Confederate States, boarded here in 1828 while a student at the Washington Academy. . This historical marker was erected by Washington-Wilkes Historical Foundation. It is in Washington in Wilkes County Georgia

Land granted to George Walton, signer of the Declaration of Independence. Alexander H. Stephens, Vice President of The Confederate States, boarded here in 1828 while a student at the Washington Academy.

Topics and series. This historical marker is listed in these topic lists: Patriots & Patriotism • War, US Civil. In addition, it is included in the Signers of the Declaration of Independence series list. A significant historical year for this entry is 1820.

Location. 33° 44.193′ N, 82° 44.034′ W. Marker is in Washington, Georgia, in Wilkes County. Marker is on East Robert Toombs Avenue (Business U.S. 78) 0 miles west of Poplar Drive (Georgia Route 17), on the left when traveling east. The marker is planted in the western section of the house's front lawn, behind the city sidewalk. Touch for map. Marker is at or near this postal address: 219 East Robert Toombs Avenue, Washington GA 30673, United States of America. Touch for directions. 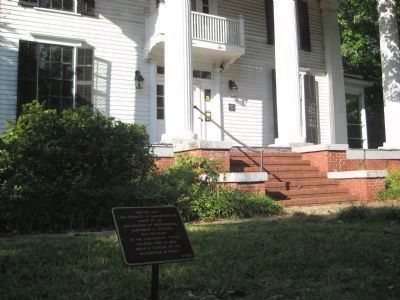 Regarding Tarver-Maynard House. An additional plaque mounted to the right of the front door reads:

Tarver
—
Maynard
House
1820
The house has also been known under many names of its previous owners, including Hillhouse, Sandifer, Battle, Toombs-Colley, Sanders, and Wickersham. The house was built for Mrs. Elizabeth Tarver as a one-story structure which measured 20 by 24 feet. Extensively modified and expanded over the years, the house now has four parlors, six bedrooms, a Greek Revival-style portico with four fluted Doric columns.

The house benefited from major restorations begun by the Maynard family in 1997 and carried on by the most recent owners who purchased the property in 2006 to operate as a bed & breakfast and gourmet restaurant. During 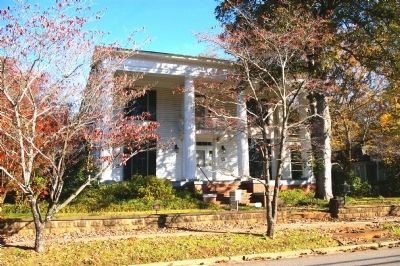 By David Seibert, November 15, 2009
3. Land Granted to George Walton Marker
The marker stands at the wall, between the first and second columns (from the left).
this latest chapter of the home's history, it was known as the LaFayette Manor Inn. Unfortunately, the venture was unsuccessful and closed after a few years.

The home was featured on the annual Spring Tour of Homes of Washington-Wilkes in 2006 (under the name LaFayette Manor Inn). 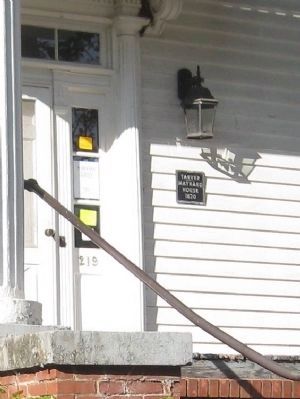 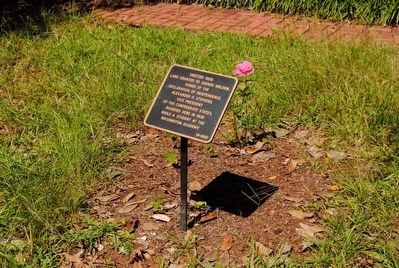 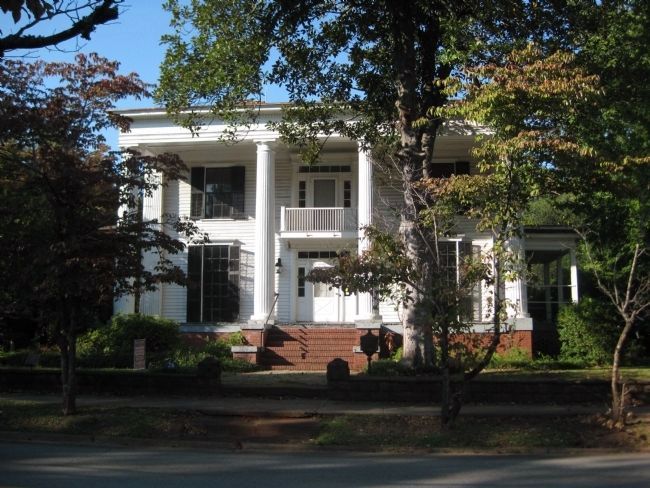 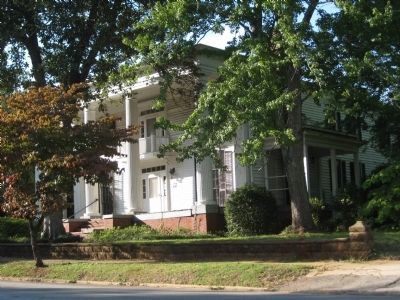 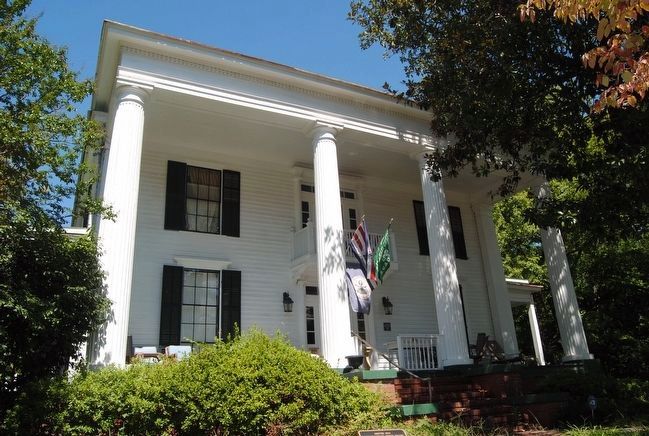