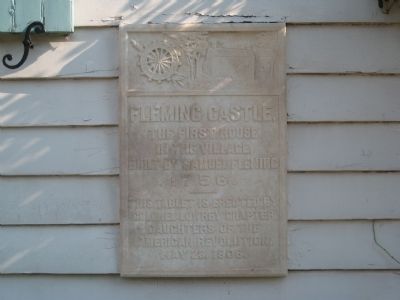 The first house in the village, built by Samuel Fleming 1756.

This tablet is erected by Colonel Lowrey Chapter Daughters of the American Revolution, May 28, 1906.

Erected 1906 by Colonel Lowrey Chapter Daughters of the American Revolution.

Topics and series. This historical marker is listed in these topic lists: Colonial Era • Forts and Castles • Settlements & Settlers. In addition, it is included in the Daughters of the American Revolution (DAR) series list. A significant historical date for this entry is May 28, 1800.

Location. 40° 30.569′ N, 74° 51.693′ W. Marker is in Flemington, New Jersey, in Hunterdon County. Marker is on Bonnell Street, on the right when traveling west. Touch for map. Marker is in this post office area: Flemington NJ 08822, United States of America. Touch for directions. 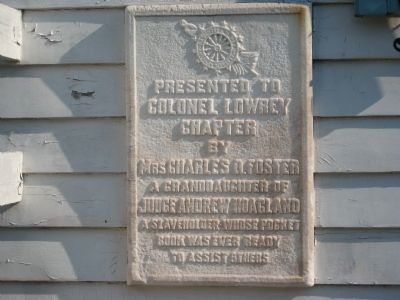 Photographed By Alan Edelson, July 18, 2010
2. Fleming Castle - Secondary Marker
Presented to Colonel Lowrey Chapter by Mrs. Charles D. Foster, a granddaughter of Judge Andrew Hoagland. A slaveholder whose pocket book was ever ready to assist others. 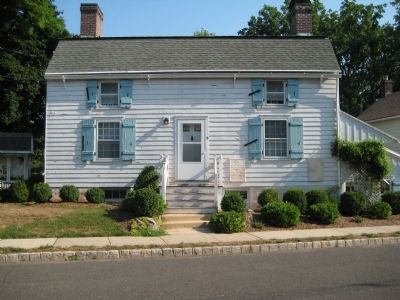 Photographed By Alan Edelson, July 18, 2010
3. Fleming Castle - primary marker is to the right 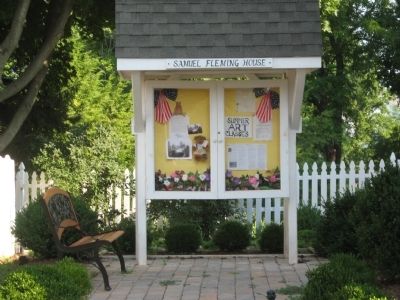 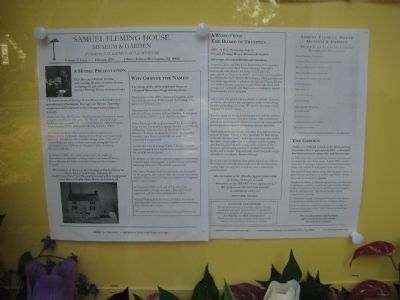 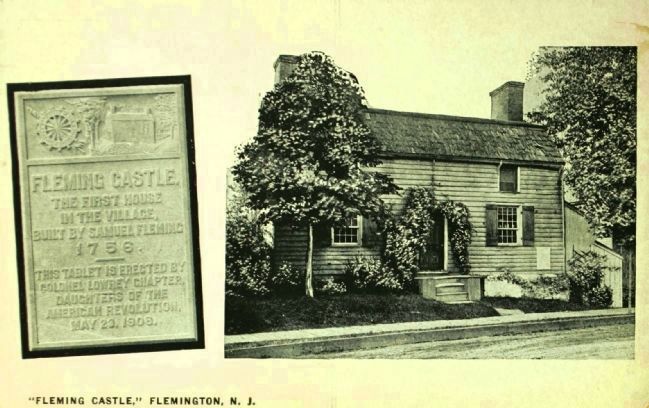