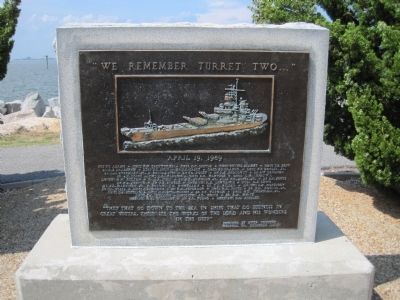 "They that go down to the sea in ships that do business in great waters, these see the works of the 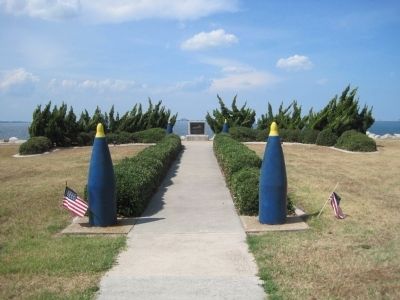 Topics. This memorial is listed in these topic lists: Military • Waterways & Vessels.

Location. 36° 57.331′ N, 76° 18.734′ W. Marker is in Norfolk, Virginia. Memorial is on Massey Hughes Drive 0.4 miles from Maryland Avenue, on the left when traveling east. Marker is on the U.S. Naval Station, on Iowa Point. Hampton Boulevard (State Route 337) ends at Gate 2, where Maryland Avenue begins, inside the naval base. Touch for map. Marker is in this post office area: Norfolk VA 23511, United States of America. Touch for directions. 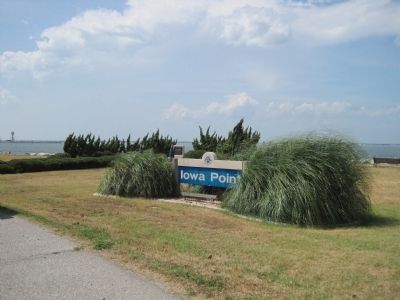