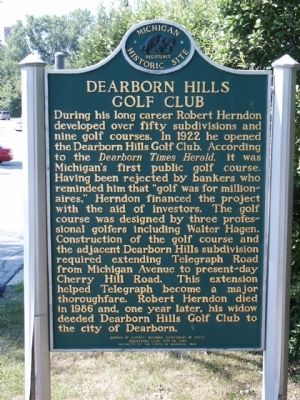 During his long career Robert Herndon developed over fifty subdivisions and nine golf courses. In 1922 he opened the Dearborn Hills Golf Club. According to the Dearborn Times Herald, it was Michigan's first public golf course. Having been rejected by bankers who reminded him that "golf was for millionaires," Herndon financed the project with the aid of investors. The golf course was designed by three professional golfers including Walter Hagen. Construction of the golf course and the adjacent Dearborn Hills subdivision required extending Telegraph Road from Michigan Avenue to present-day Cherry Hill Road. This extension helped Telegraph become a major thoroughfare. Robert Herndon died in 1986 and, one year later, his widow deeded Dearborn Hills Golf Club to the city of Dearborn.

Topics and series. This historical marker is listed in these topic lists: Roads & Vehicles • Sports. In addition, it is included in the Michigan Historical Commission series list. 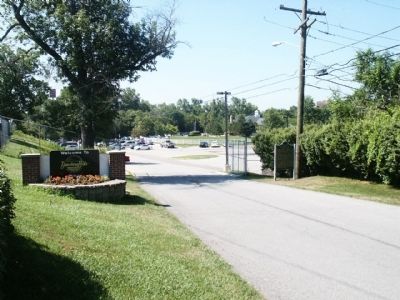 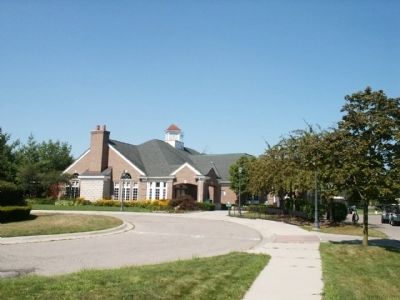