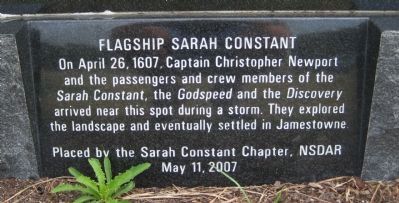 On April 26, 1607, Captain Christopher Newport and the passengers and crew members of the Sarah Constant, the Godspeed, and the Discovery arrived near this spot during a storm. They explored the landscape and eventually settled in Jamestowne.

Topics and series. This historical marker is listed in these topic lists: Colonial Era • Exploration • Waterways & Vessels. In addition, it is included in the Daughters of the American Revolution (DAR) series list. A significant historical month for this entry is April 1607.

Location. 36° 57.565′ N, 76° 15.527′ W. Marker is in Norfolk, Virginia. Marker can be reached from the intersection of West Ocean View Avenue (U.S. 60) and Tidewater Drive (Virginia Route 168), on the right when traveling west. On the back edge of the parking lot in Susan Constant Shrine Beach. Touch for map. Marker is in this post office area: Norfolk VA 23503, United States of America. Touch for directions.

Other nearby markers. At least 8 other markers are within 3 miles of this marker, measured as the crow flies. Susan Constant Shrine (within shouting distance of this marker); Operation Torch, 1942 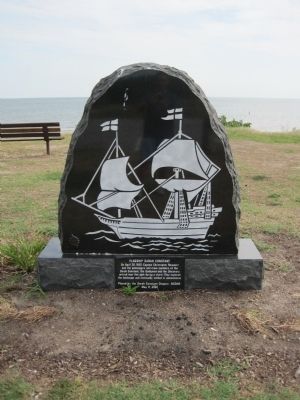 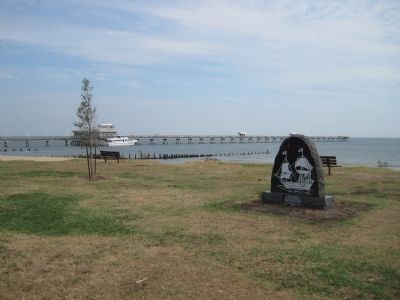