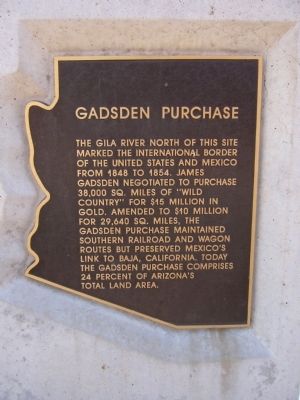 The Gila River north of this site marked the international border of the United States and Mexico from 1848 to 1854. James Gadsden negotiated to purchase 38,000 sq. miles of "wild country" for $15 million in gold. Amended to $10 million for 29,640 sq. miles, the Gadsden Purchase maintained southern railroad and wagon routes but preserved Mexico's link to Baja, California. Today the Gadsden Purchase comprises 24 percent of Arizona's total land area. 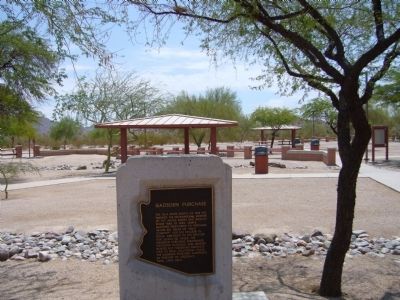 Also see . . .  The Gadsden Purchase. This event in US and Arizona history came about due to an error in survey maps which were used to determine the borders after the signing of the Treaty of Guadalupe Hidalgo. (Submitted on July 30, 2010.) 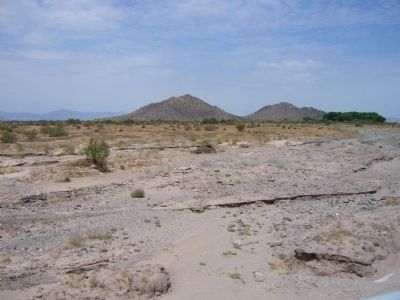 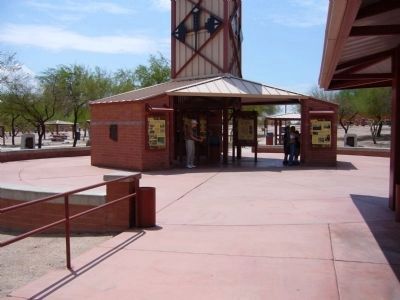