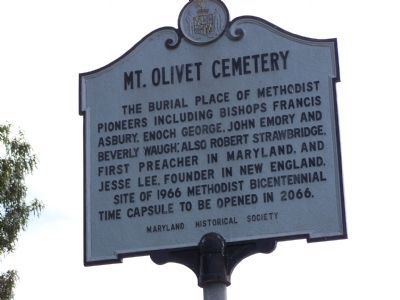 Topics and series. This historical marker is listed in these topic lists: Cemeteries & Burial Sites • Churches & Religion. In addition, it is included in the Francis Asbury, Traveling Methodist Preacher, and the Time Capsules series lists. A significant historical year for this entry is 1966. 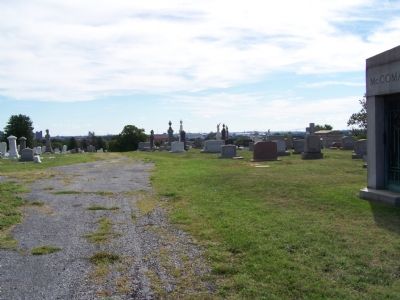 3. Illustrated History Methodism Great Britain America, Days Wesleys Present Time. Published in 1880, this book identifies Mount Olivet cemetery as the final resting place of the Bishops. On pages 596 and 620 are pictures of their Olivet monuments. On page 598 is a picture of Bishop Enoch George. On pages 611 and 612 are pictures of Bishops Emory and Waugh, respectively. (Submitted on September 20, 2007, by Kevin W. of Stafford, Virginia.)

4. National Road tollhouse outside Mt. Olivet Cemetery. This tollhouse sat on the outside wall of the cemetery, near where the historical marker is today. (Submitted on February 28, 2008, by Christopher Busta-Peck of Shaker Heights, Ohio.) 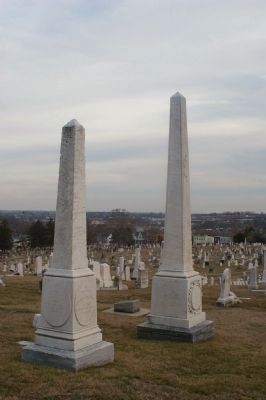 Photographed By Christopher Busta-Peck, February 24, 2008
3. Graves of Robert Strawbridge, Francis Asbury, and Enoch George
These obelisks are located at the highest part of the cemetery, near the north fence. 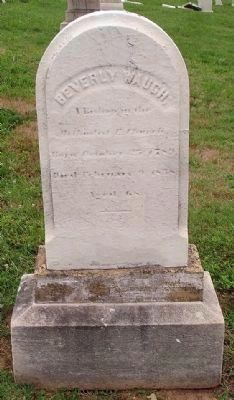 Photographed By Ellen Miller, July 27, 2010
4. Gravestones of Bishop Waugh, in the Mt. Olivet Cemetery
Grave marker is located at the foot of Bishops Lot in B99 next to a memorial of Bishop Waugh's wife Catherine Bushby Waugh. Records indicate other family members are buried there, but theirs are the only markers in this plot. Other relatives are buried in A153 and A194. 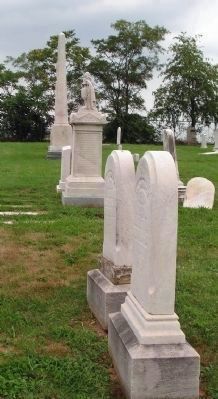 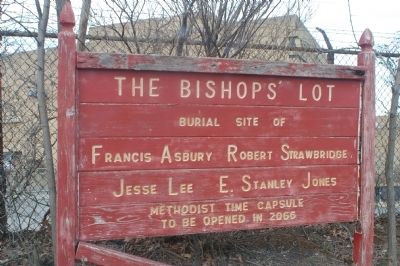 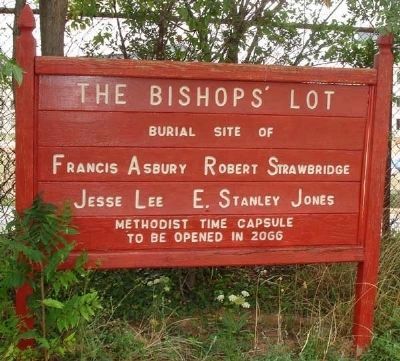 Photographed By Ellen Miller, July 27, 2010
7. Sign Marking Bishops' Lot and Time Capsule
Sign has been repaired and repainted since the last time it was photographed for this site. 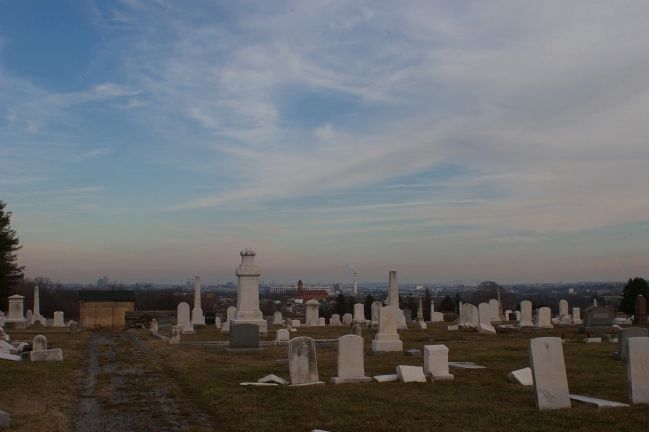