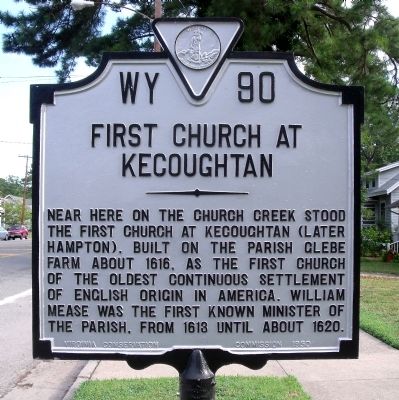 Near here on the church creek stood the first church at Kecoughtan (later Hampton). Built on the Parish Glebe Farm about 1616, as the first church of the oldest continuous settlement of English origin in America, William Mease was the first known minister of the parish, from 1613 until about 1620.

Topics and series. This historical marker is listed in these topic lists: Churches & Religion • Colonial Era. In addition, it is included in the Virginia Department of Historic Resources series list. A significant historical year for this entry is 1616. 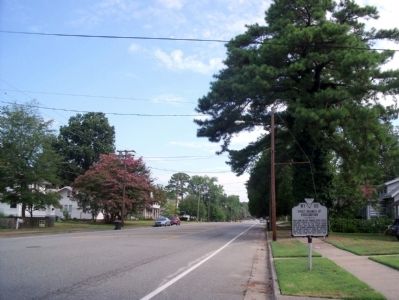 Related marker. Click here for another marker that is related to this marker. To better understand the relationship, study the Second Church at Kecoughtan marker shown.