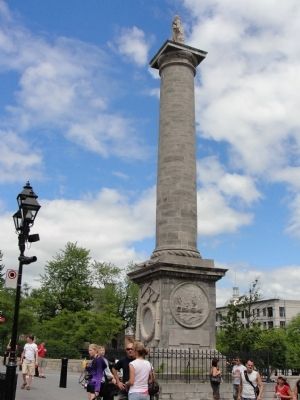 North face :
In memory of the Right Honorable Lord Viscount Nelson Duke of Bronte who terminated his career of Naval Glory in the memorable Battle of Trafalgar on the 21st of Oct 1806 after inculcating by signal a maxim that can never be forgotten by his country: “England expects every man will do his duty.” This monumental pillar was erected by a subscription of the inhabitants of Montreal in the year 1808.

East face :
On the 2nd of April 1801, a British fleet of 10 sail of the line and 8 ships of 60 guns under the immediate command of the Right Honorable Vice Admiral Lord Viscount Nelson Duke of Bronte, attacked the Danish line moored for the defense of Copenhagen consisting of 6 sail of the line and 8 large ship batteries, besides 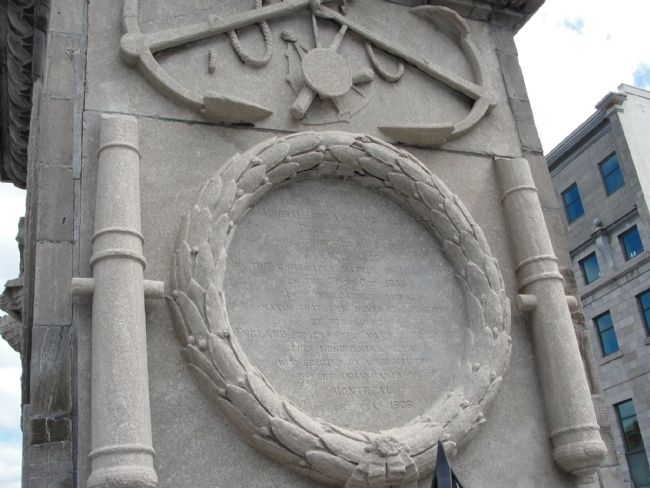 Click or scan to see
this page online
bomb and gun vessels supported by the ground and land batteries, when, after a severe contest of 4 hours, the whole line of defense was sunk, taken or destroyed without the loss of a British ship.

Erected 1808 by The City of Montreal.

Topics. This historical marker is listed in these topic lists: Patriots & Patriotism • Waterways & Vessels. A significant historical date for this entry is April 2, 1801. 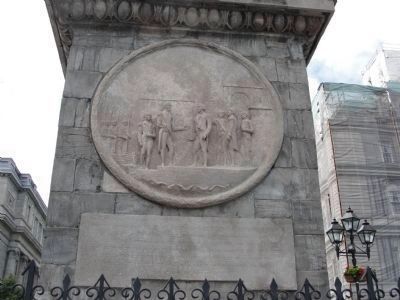 Also see . . .
1. The Nelson Monument in Montreal. Montreal's oldest public monument, which was erected in 1809, just four years after the Battle of Trafalgar, is a full thirty years older than London's much larger and more grandiose imperial tribute in Trafalgar Square. (Submitted on August 3, 2010, by Richard E. Miller of Oxon Hill, Maryland.) 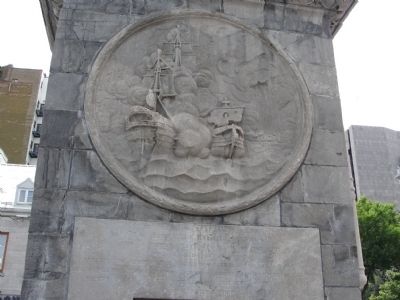 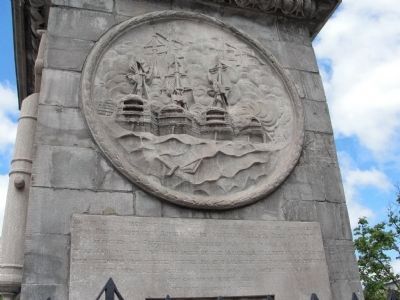