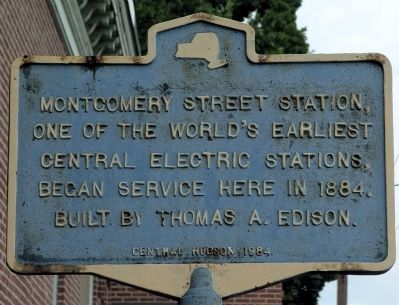 Montgomery Street Station, one of the world’s earliest central electric stations, began service here in 1884. Built by Thomas A. Edison. 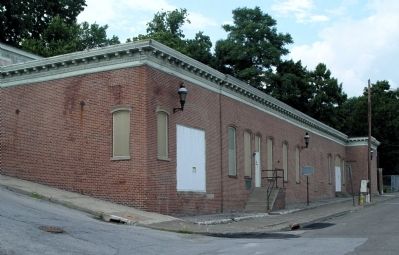