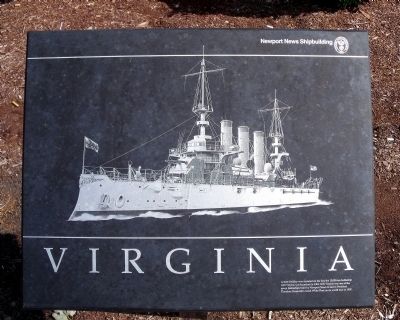 A state holiday was declared on the day the 15,000-ton battleship USS Virginia was launched in 1904. USS Virginia was one of the seven battleships built by Newport News to sail in President Theodore Roosevelt’s Great White Fleet on its world tour in 1907.

Topics and series. This historical marker is listed in these topic lists: Industry & Commerce • Waterways & Vessels. In addition, it is included in the Former U.S. Presidents: #26 Theodore Roosevelt series list. A significant historical year for this entry is 1904.

Location. 36° 59.057′ N, 76° 26.076′ W. Marker is in Newport News, Virginia. Marker can be reached from the intersection of Washington Avenue and 35th Street, on the left when traveling west. Touch for map. Marker is in this post office area: Newport News VA 23607, United States of America. Touch for directions. 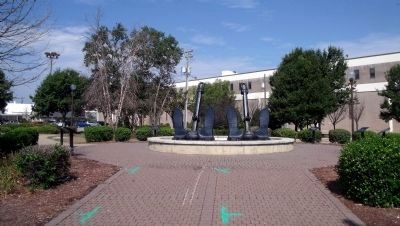