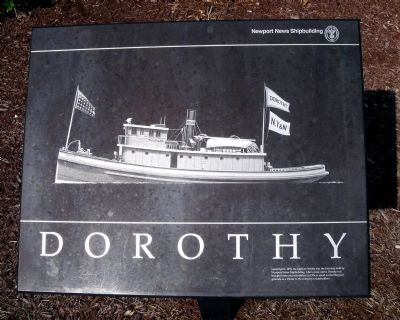 Launched in 1890, the tugboat Dorothy was the first ship built by Newport News Shipbuilding. After a long career, Dorothy was brought home and refurbished in 1976 to stand on the Shipyard grounds as a tribute to the company’s shipbuilders.

Topics. This historical marker is listed in these topic lists: Industry & Commerce • Waterways & Vessels. A significant historical year for this entry is 1890.

Location. 36° 59.053′ N, 76° 26.081′ W. Marker is in Newport News, Virginia. Marker can be reached from the intersection of Washington Avenue and 35th Street, on the left when traveling west. Touch for map. Marker is in this post office area: Newport News VA 23607, United States of America. Touch for directions. 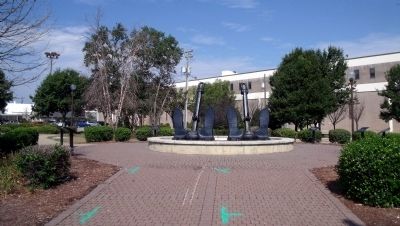