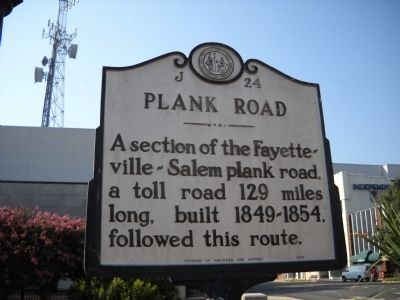 By Bill Coughlin, August 4, 2010
1. Plank Road Marker
Inscription.
Plank Road. . A section of the Fayetteville-Salem plank road, a toll road 129 miles long, built 1849 – 1854, followed this route. . This historical marker was erected in 1974 by Division of Archives and History. It is in High Point in Guilford County North Carolina

Erected 1974 by Division of Archives and History. (Marker Number J-24.)

Topics. This historical marker is listed in these topic lists: Industry & Commerce • Roads & Vehicles. A significant historical year for this entry is 1849. 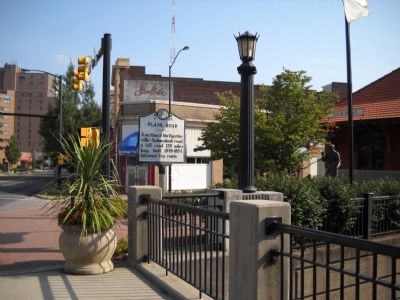 Click or scan to see
this page online
of this marker); Camp Fisher (approx. 0.2 miles away); Guilford Technical Community College (approx. 0.4 miles away); Confederate Soldiers Monument (approx. half a mile away). Touch for a list and map of all markers in High Point. 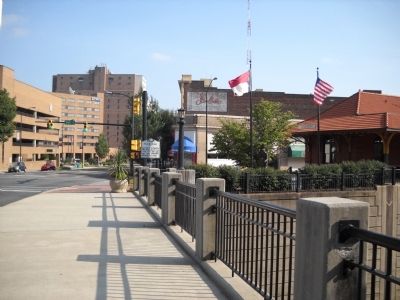