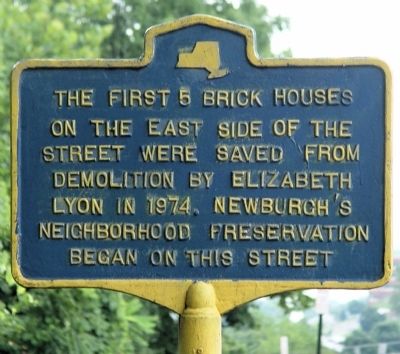 The first 5 brick houses on the east side of the street were saved from demolition by Ellzabeth Lyon in 1974. Newburgh's neighborhood preservation began on thls street.

Topics. This historical marker is listed in these topic lists: Man-Made Features • Notable Places. A significant historical year for this entry is 1974. 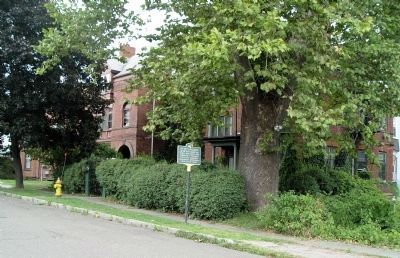