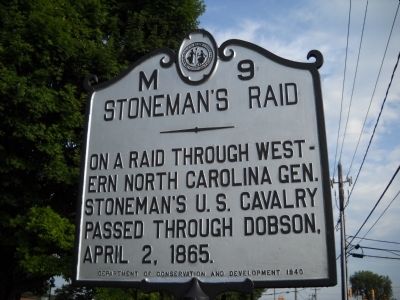 Photographed By Bill Coughlin, August 6, 2010
1. Stoneman’s Raid Marker
Inscription.
Stoneman’s Raid. . On a raid through western North Carolina Gen. Stoneman’s U.S. cavalry passed through Dobson, April 2, 1865. . This historical marker was erected in 1940 by Department of Conservation and Development. It is in Dobson in Surry County North Carolina

Erected 1940 by Department of Conservation and Development. (Marker Number M-9.)

Topics and series. This historical marker is listed in this topic list: War, US Civil. In addition, it is included in the North Carolina Division of Archives and History series list. A significant historical month for this entry is April 1811. 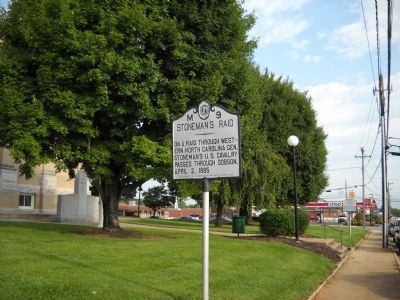 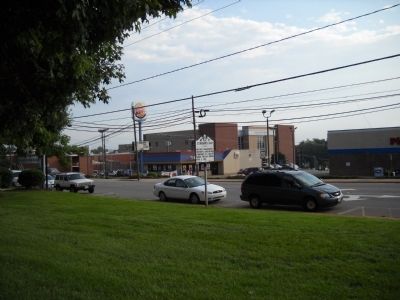