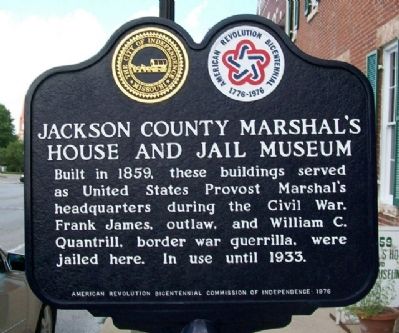 Built in 1859, these buildings served as United States Provost Marshal's headquarters during the Civil War. Frank James, outlaw, and William C. Quantrill, border war guerrilla, were jailed here. In use until 1933.

Topics. This historical marker is listed in these topic lists: Settlements & Settlers • War, US Civil. A significant historical year for this entry is 1859.

Location. 39° 5.605′ N, 94° 24.934′ W. Marker is in Independence, Missouri, in Jackson County. Marker is on Main Street near Truman Road, on the right when traveling north. Touch for map. Marker is at or near this postal address: 217 North Main Street, Independence MO 64050, United States of America. Touch for directions. 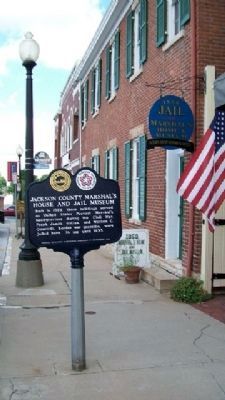 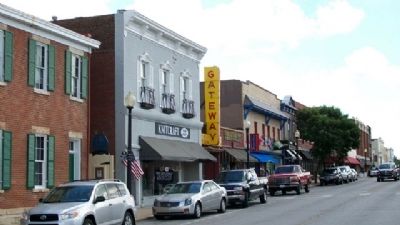