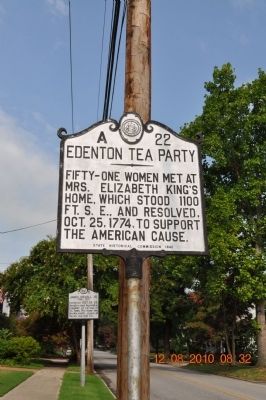 Topics and series. This historical marker is listed in these topic lists: Colonial Era • War, US Revolutionary • Women. In addition, it is included in the North Carolina Division of Archives and History series list.

Location. 36° 3.595′ N, 76° 36.536′ W. Marker is in Edenton, North Carolina, in Chowan County. Marker is on West Queen Street just west of South Broad Street, on the left when traveling west. Touch for map. Marker is at or near this postal address: 103 W Queen St, Edenton NC 27932, United States of America. Touch for directions. 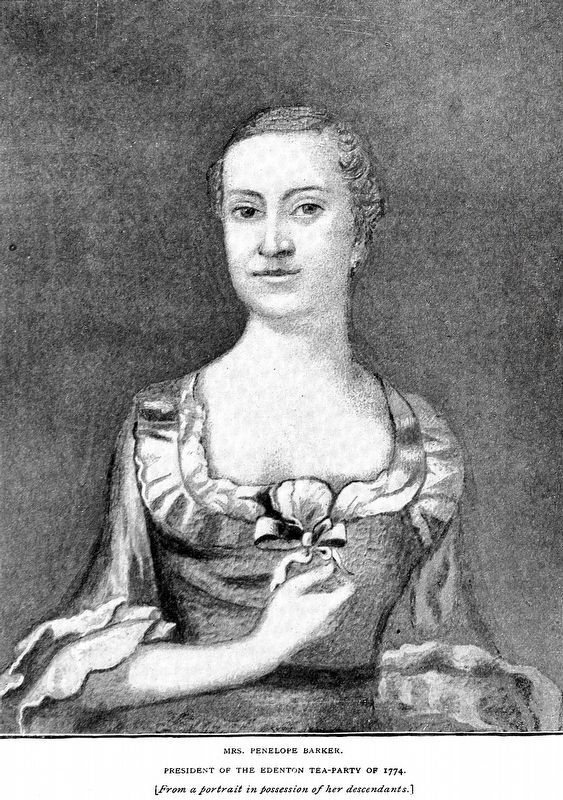 Click or scan to see
this page online
(within shouting distance of this marker); Mackeys Ferry (about 300 feet away, measured in a direct line); Samuel Johnston (about 400 feet away); a different marker also named James Iredell (about 400 feet away). Touch for a list and map of all markers in Edenton.

Also see . . .
1. Edenton Tea Party : An American First. North Carolina History Project entry:
It is unknown whether the Edenton Tea Party was planned. What is known is that Penelope Barker, the dynamic wife of Thomas Barker, Treasurer of the Province of North Carolina, organized a seemingly innocuous tea party. But, I think she was the brilliant mastermind of what happened there on October 25, 1774. With aplomb, Barker probably convinced forty-seven to fifty-one women to stop drinking tea and buying English clothes and to sign the following petition: (Submitted on August 25, 2010, by Sandra Hughes Tidwell of Killen, Alabama, USA.) 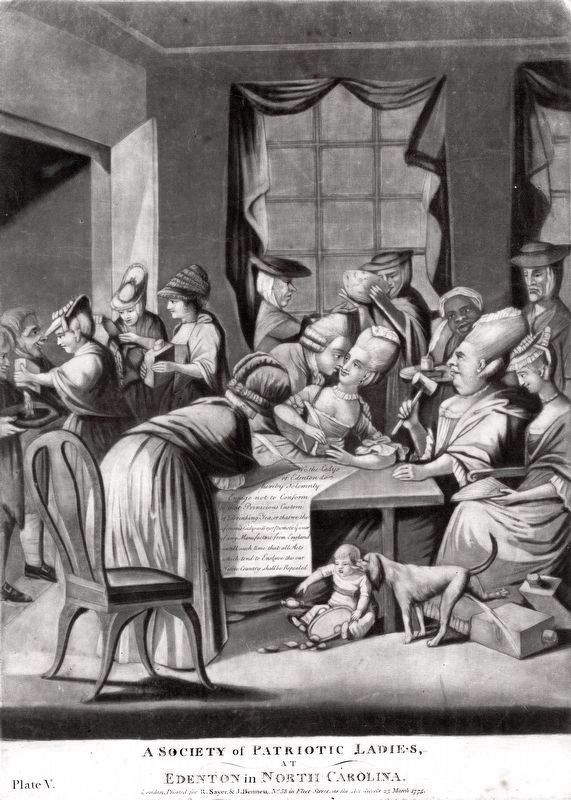 Library of Congress
3. A Society of Patriotic Ladies
at Edenton North Carolina
A British Satirical look at the Edenton Tea-Party in 1775.
Cartoon by Philip Dawe published by Robert Sayer and John Bennett, March 25, 1775. 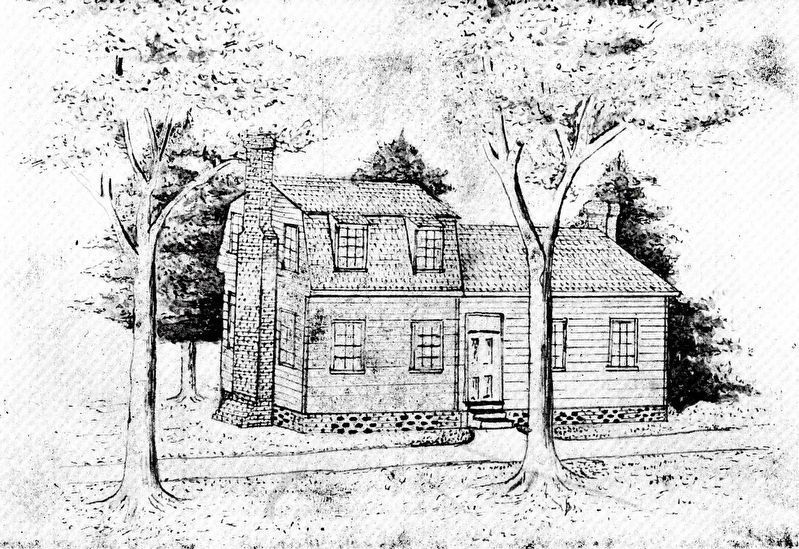 Editor’s want-list for this marker. A photo of the replacement marker. • Can you help?
Share this page.