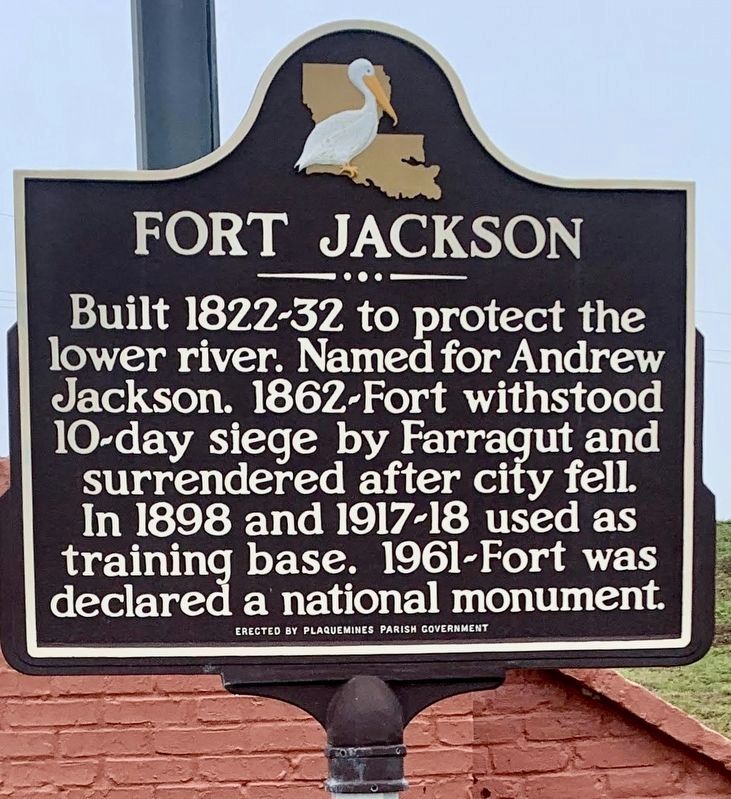 Photographed By Cajun Scrambler, December 23, 2020
1. Fort Jackson Marker
Inscription.
Fort Jackson. . Built 1822-32 to protect the lower river. Named for Andrew Jackson. 1862 - Fort withstood 10-day siege by Farragut and surrendered after city fell. In 1898 and 1917-18 used as training base. 1961 - Fort was declared a national monument. . This historical marker was erected in 1963 by Louisiana Department of Commerce and Industry. It is in Buras-Triumph in Plaquemines Parish Louisiana

Erected 1963 by Louisiana Department of Commerce and Industry.

Topics and series. This historical marker is listed in these topic lists: Forts and Castles • War, US Civil. In addition, it is included in the National Historic Landmarks series list. A significant historical year for this entry is 1862.

Location. 29° 21.141′ N, 89° 27.422′ W. Marker is in Buras-Triumph, Louisiana, in Plaquemines Parish. Marker is at the intersection of Louisiana Route 23 and Herbert Harvey Road, in the median on State Route 23. Fort Jackson is approximately 70 miles southeast of New Orleans and 40 miles upriver from the Gulf of Mexico. It is on the west bank of the Mississippi River, opposite Fort St. Philip, and it is midway between the communities of Buras-Triumph and Boothville-Venice. Touch for map. Marker is in this post office 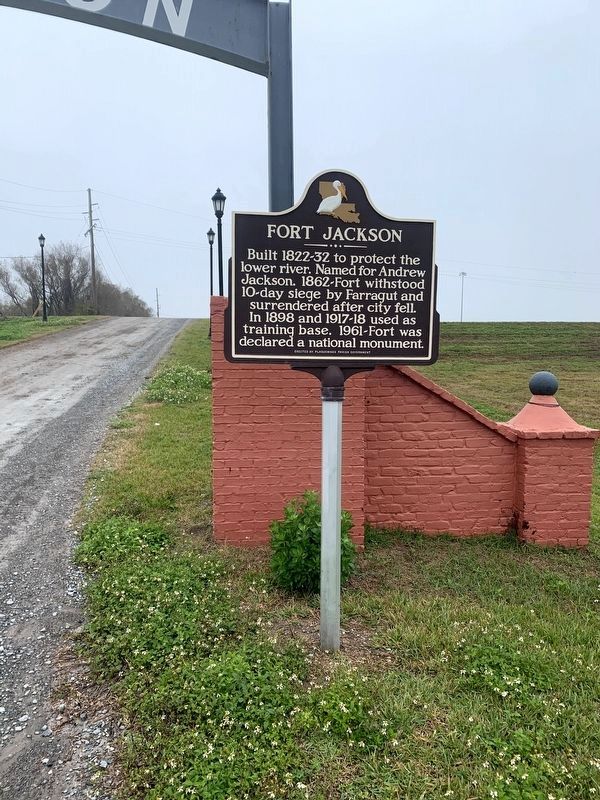 Other nearby markers. At least 1 other marker is within walking distance of this marker. Plaquemines Parish (approx. half a mile away). 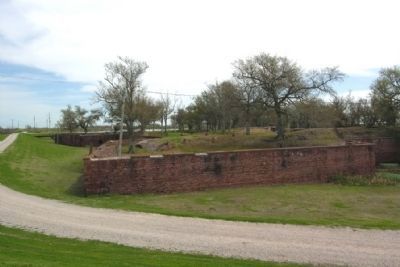 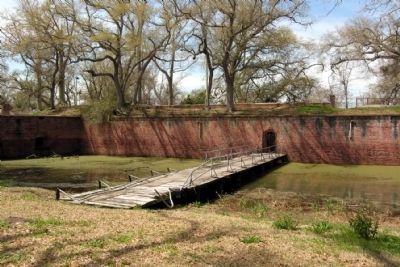 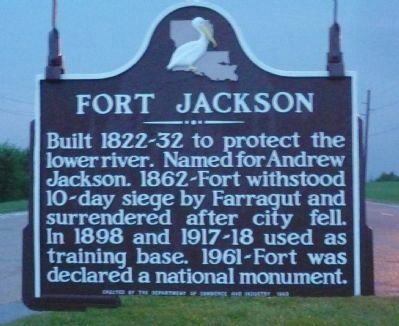