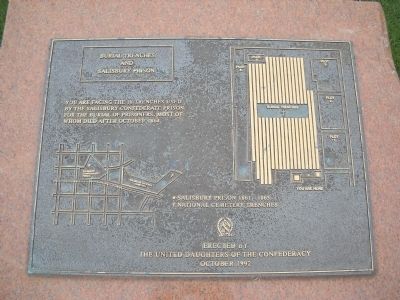 You are facing the 18 trenches used by the Salisbury Confederate Prison for the burial of prisoners, most of whom died after October 1864.

Erected 1992 by United Daughters of the Confederacy.

Topics and series. This historical marker is listed in these topic lists: Cemeteries & Burial Sites • War, US Civil. In addition, it is included in the National Cemeteries, and the United Daughters of the Confederacy series lists. A significant historical date for this entry is October 18, 1864. 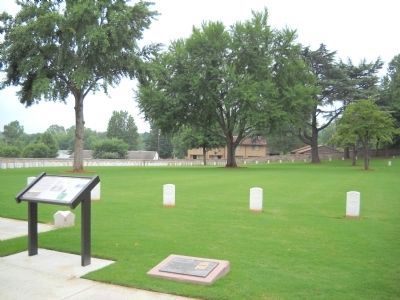 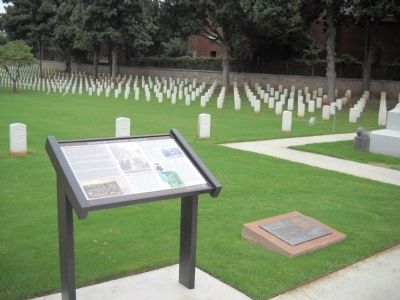 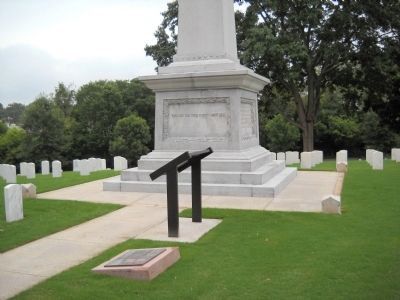