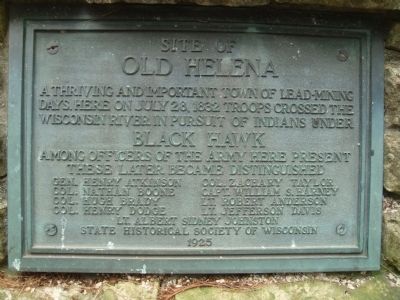 A thriving and important town of the lead-mining days, here on July 28, 1832 troops crossed the Wisconsin River in pursuit of Indians under Black Hawk

Among officers of the Army here present these later became distinguished

Topics and series. This historical marker is listed in these topic lists: Settlements & Settlers • Wars, US Indian. In addition, it is included in the Black Hawk War, and the Former U.S. Presidents: #12 Zachary Taylor series lists. A significant historical month for this entry is July 1892. 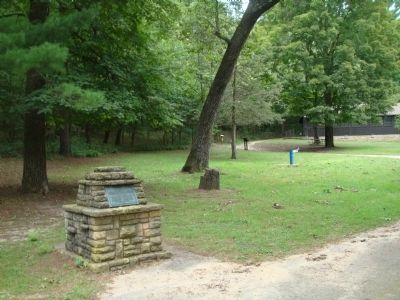 Click or scan to see
this page online
marker is adjacent to the parking lot in the Tower Hill Shelter area in Tower Hill State Park. A vehicle admission sticker is required to stop in the park. Theoretically, one could avoid the fee by parking on the highway and walking into the park; aside from the safety issues, however, it is worth the price of admission to visit the rest of the park. Touch for map. Marker is in this post office area: Spring Green WI 53588, United States of America. Touch for directions. 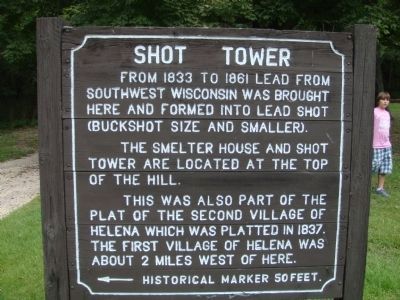