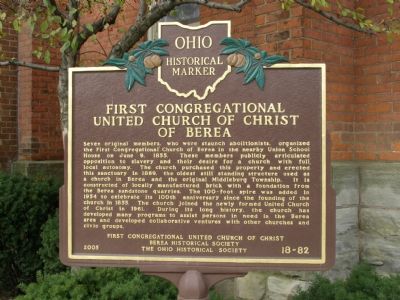 Seven original members, who were staunch abolitionists, organized the First Congregational Church of Berea in the nearby Union School House on June 9, 1855. These members publicly articulated opposition to slavery and their desire for a church with full local autonomy. The church purchased this property and erected this sanctuary in 1869, the oldest still standing structure used as a church in Berea and the original Middleburg Township. It is constructed of locally manufactured brick with a foundation from the Berea sandstone quarries. The 100-foot spire was added in 1954 to celebrate its 100th anniversary since the founding of the church in 1855. The church joined the newly formed United Church of Christ in 1961. During its long history, the church has developed many programs to assist person in need in the Berea area and developed collaborative ventures with other churches and civic groups. 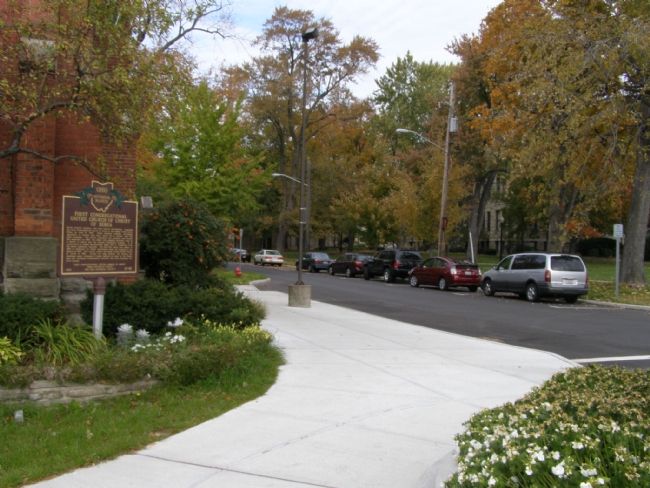 More about this marker. By the numbering conventions of the Ohio Historical Society, this should be marker number 82-18. 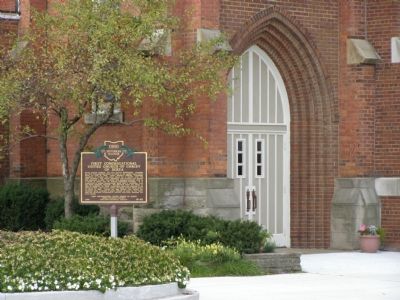 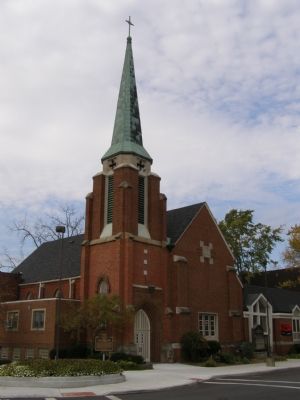